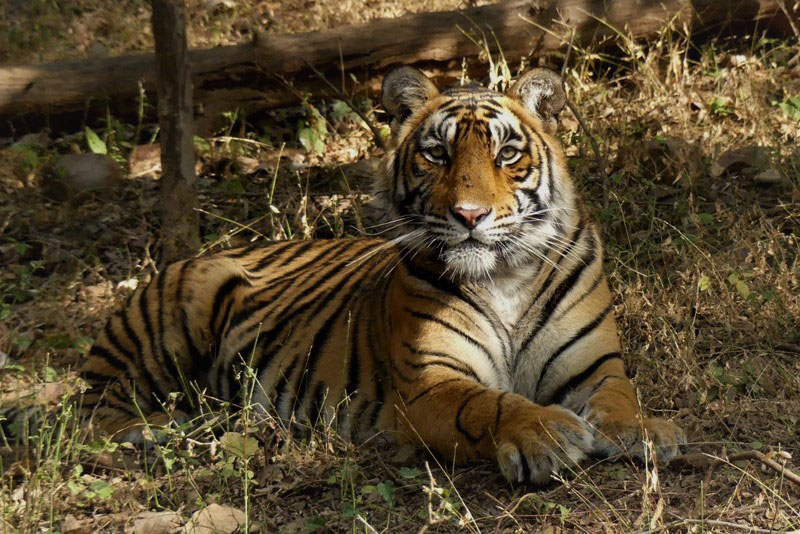 On October 19, 2021, two new tiger cubs were spotted for the first time at Ranthambore National Park (RNP) in Rajasthan's Sawai Madhopur district. According to the forest department, a tigress was discovered with her new tiger cubs during an evening safari in zone number one. Sultana, known T-107, has been identified as the mother tigress! It's her first time having a litter. The tiger cubs should be thirteen months old at this point. Earlier on November 8, 2020, she was discovered with her same new-born tiger cubs in the Amareshawar area, which is part of her range, by a forest department camera trap. Also read new born tiger cubs !

A tigress gives birth to a live litter after a gestation time (the tigress' gestation period is roughly three and a half months). A live litter normally consists of three or four new born tiger cubs, although up to seven can be produced in a litter. Tiger cubs have a high mortality rate, with only around half of those born surviving to adulthood.

In 1955, Sawai Madhopur Wildlife Sanctuary was established, and in 1973, it was included in Project Tiger's scheme. Today, Ranthambore National Park is home to more than 70 tigers. In 1980, it was designated as a National Park.