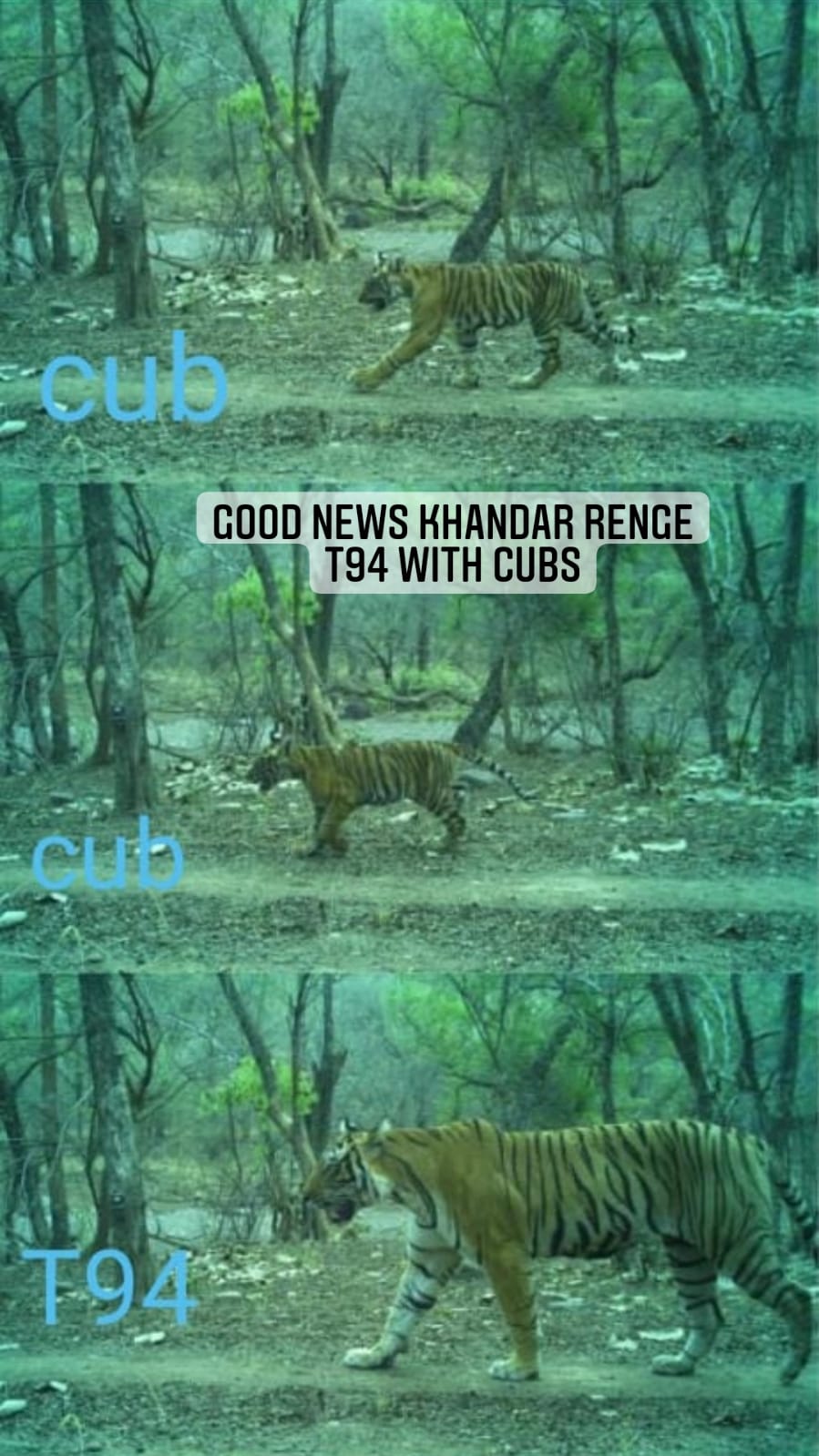 On May 26, 2022, two new-born tiger cubs were first spotted at Ranthambore National Park (RNP) in Rajasthan's Sawai Madhopur district. According to the forest department, a forest department cameras trap captured a young tigress with her new-born tiger cubs in Khandar Range.T-94, the tigress, was identified as their mother! It's her first time having a litter.T-94, the tigress, is from the Machhali dynasty. T-63, also known as Chandra, is her mother. She has made her territory in the Khandar range's Hodi Khoh and Jel Khoh regions.

Due to the presence of new-born tiger cubs, new camera traps have been established under the Phase 4 monitoring system, according to forest officials.In addition, to ensure the safety and health of the mother tigress and her cubs, the forest department has increased surveillance and trekking in the area.

In 1955, Sawai Madhopur Wildlife Sanctuary was established, and in 1973, it was included in Project Tiger's scheme. Today, Ranthambore National Park is home to more than 70 tigers.In 1980, it was designated as a National Park.