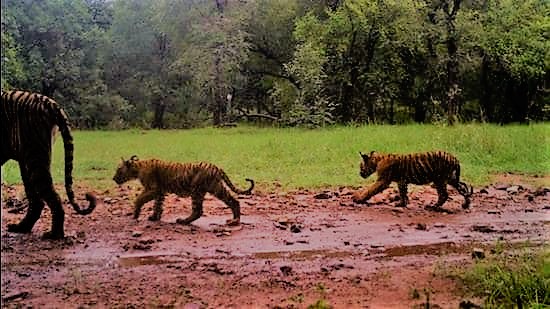 Three new-born tiger cubs were seen for the first time at Ranthambore National Park (RNP) in Rajasthan's Sawai Madhopur district on September 1, 2021. A tigress was discovered with her new-born tiger cubs by a forest department cameras trap in zone number one, according to the forest department. T-105 alias Noori was identified as the mother tigress! It's her very first litter. The tiger cubs should be about four months old.

New camera traps have been set under the Phase 4 monitoring system, according to forest officials, owing to the presence of new-born tiger cubs. In addition, the forest department has intensified surveillance and trekking in the region of the mother tigress to protect the safety and health of the tigress and her cubs. 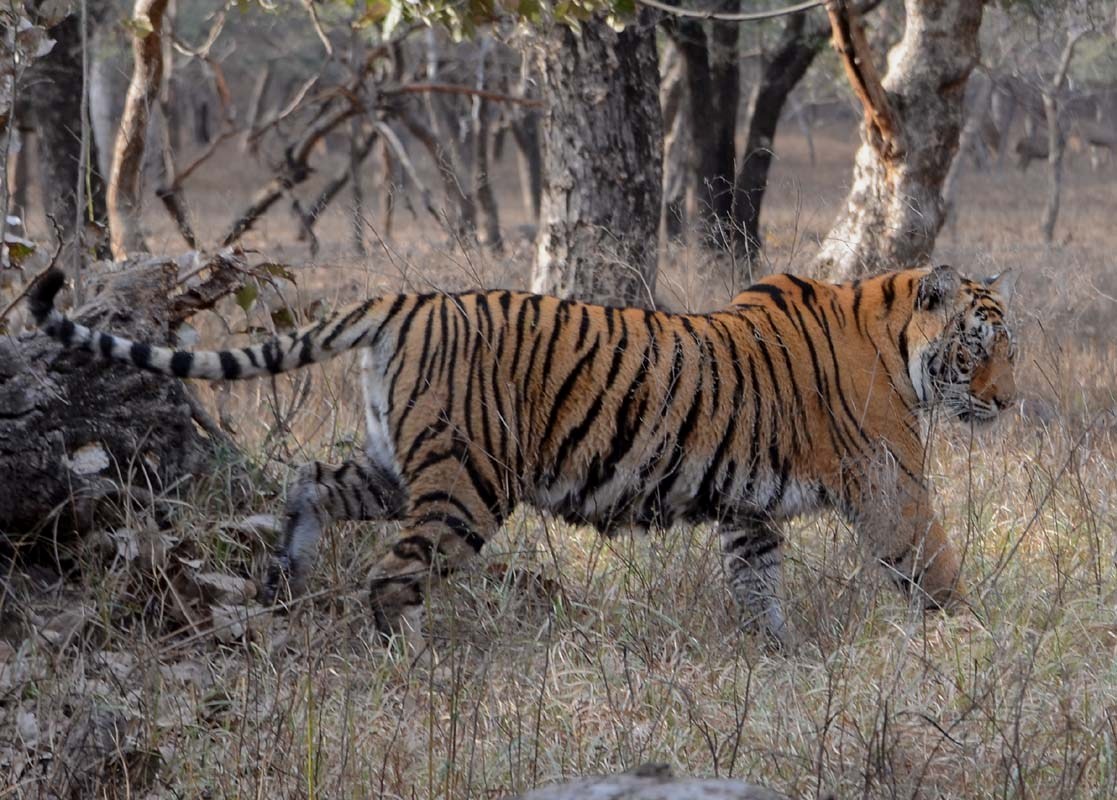 Noori is a young and lovely tigress from Ranthambore National Park, estimated to be around five years old. She is the dominating tigress in Zones 1 and 2. She is T-39's daughter. Her mother, Noor ( T-39), is Ranthambore's grandmother. She is the fourth litter of NOOR (T-39), and she was first seen on November 8, 2016. The tigress Noor gave birth to three tiger cubs, three of which were females, in her fourth litter. T-105, also known as Noori, is one of them, while her one sister, T-106, was relocated to Mukundara Hills Tiger Reserve on December 18, 2018, and her second sister, T-107, Aleph (Sultana), has settled in Zone No. 1.

After a gestation period (The tigress’ gestation period is about three and half months), a tigress gives birth to a live litter, usually comprising three or four new born tiger cub, but as many as seven, may be produced in a litter. The mortality rate of tiger cub is very high, and only about half of those born ever survive to reach maturity.

Read this article in Hindi