How A Beautiful Tigress, Waw was spotted with Her Four new-born tiger Cub In Ranthambore Project Tiger 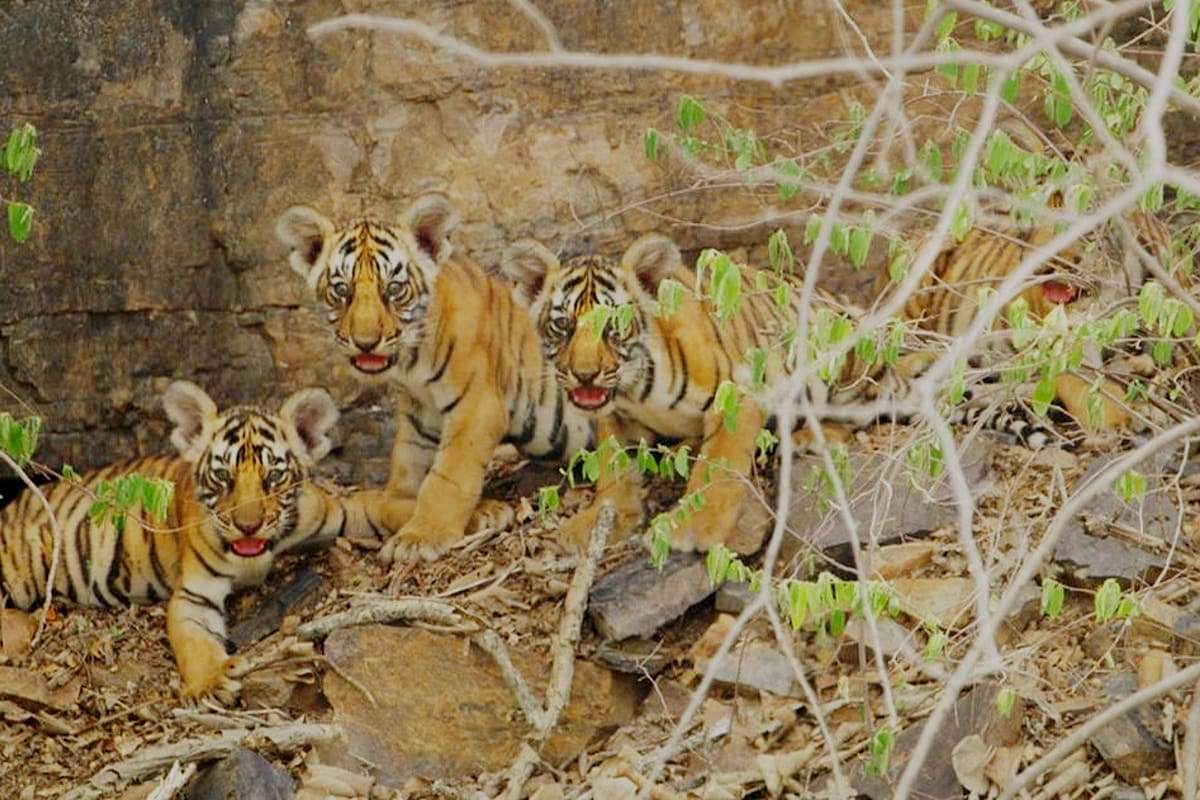 Ranthambore | A beautiful and young tigress, Waw (T-111) was spotted with her new-born tiger cubs on June 20, 2021 in Ranthambore Project Tiger, situated in Sawai Madhopur district of Rajasthan.

According to the forest department, on Saturday morning, the very excellent tiger sighting happened in Ranthambore Project Tiger when the four new-born tiger cubs (four-cubs) were sitting together in water pond without mother at zone number four on 20 June 2021 by field biologist of Ranthambore, during his field visit. Later in the evening time, the mother (tigress) was also spotted with her four new-born tiger cubs at same zone and same day.

Forest officials said, due to the appearance of new tiger cubs, new camera traps has being installed under Phase 4 monitoring system. Moreover to ensure safety and health of tigress and cubs, the monitoring and trekking has been increased in the territory of mother tigress by forest department.

The mother tigress was identified as T-111 aka Waw! It is the first litter of her. The new-born tiger cubs should be around two months old.

A quite young and beautiful tigress from Ranthambore National Park in zone no. 4, age about four years old plus. She usually roams Semli, Adi-Dagar, Adi-Dant, Berda, Khuranja and Lakada area in the zone no. four and living in their parent's territory and often seen alone during Ranthambore safari . 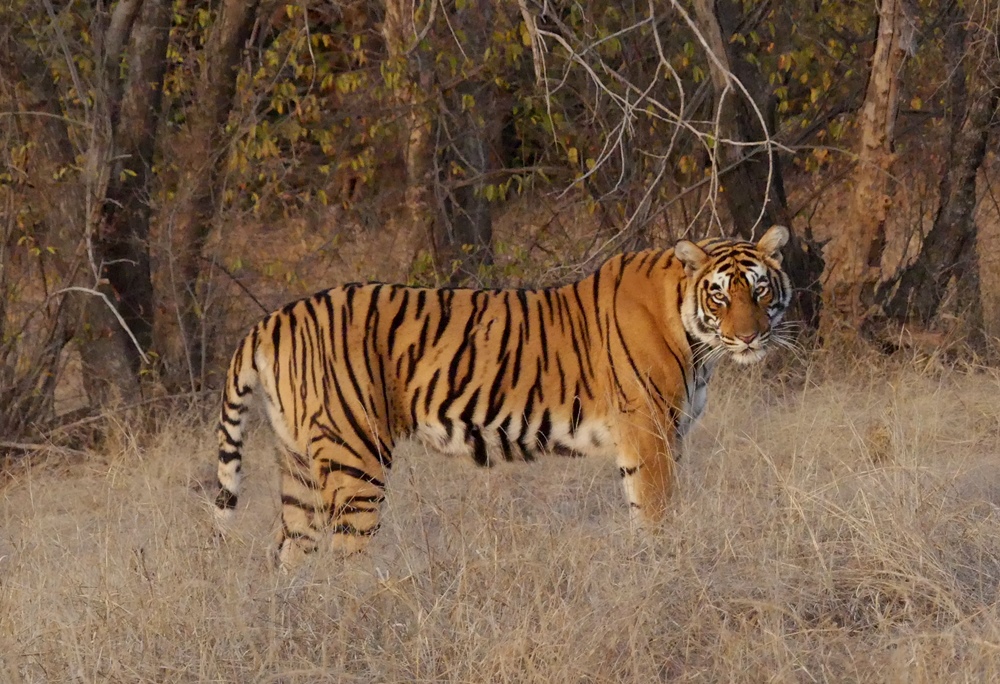 T-111 aka Waw was born around March or April 2017. Her mother, T-19 is also known Krishna had given her 3rd litter, including four cubs, father by tiger, T-74, Teddy Bear. The 3rd litter of T-19 was sighted in the zone no. four, first times on 23 June 2017. At that time, the cubs were around three or four months old. Unfortunately, the three cubs have been survived from four cubs. The tigress, T-111 also knew Waw was one of them. Her siblings, T-112 and T-113 are living in the same area.

Tigress, T-111 aka Waw is also belong to the famous tiger dynasty of Machali (T-16). She has maternal mother, Machali!

After a gestation period (The tigress’ gestation period is about three and half months), a tigress gives birth to a live litter, usually comprising three or four new born tiger cub, but as many as seven, may be produced in a litter. The mortality rate of tiger cub is very high, and only about half of those born ever survive to reach maturity. Therefore, to spot four tiger cubs with their mother is really quite amazing!

Project Tiger is a tiger conservation programme launched in April 1973 by the Government of India. Kailash Sankhala was the first director of Project Tiger. As the Bengal Tiger is the national animal of India, this project aims to stem the dwindling population of the big cats and work to increase their numbers. Read in Hindi