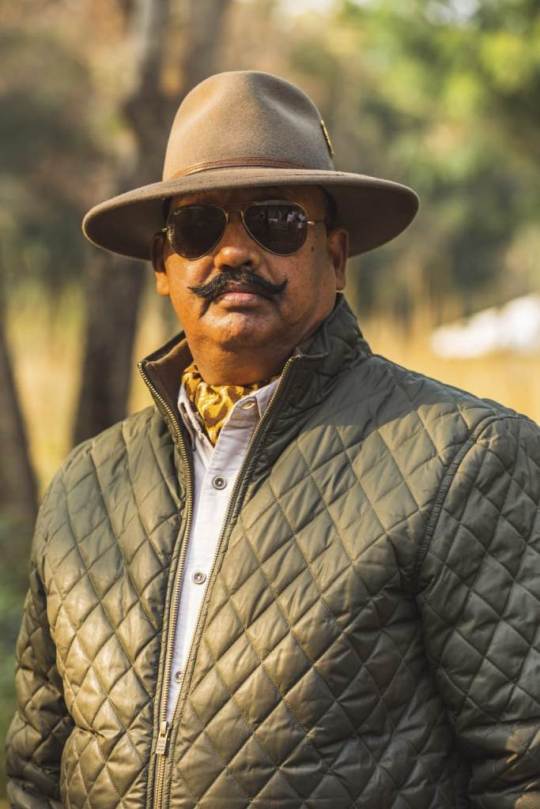 Daulat Singh Shaktawat also knew Man of Wild (born and brought up in Kota, Rajasthan.) was an Indian naturalist, conservationist as well as Indian tiger conservationist. Daulat Singh Shaktawat joined the Forest department in March 1977 and retired as Dy.Conservator Forest in September 2017 from Ranthambore National Park, Rajasthan.He worked over 40 years in wildlife conservation. He has contributed immensely towards the conservation of the habitats and wild species during his tenures at the Keoladeo National Park, Sariska Tiger Reserve and Ranthambore National Park. I met him so many times during Ranthambore safari. He always impresses me due to his work style. He always has great balance between wildlife and tourists! He is well-known for his adept handling of crisis situation arising from man animal conflict that is the biggest issue for wildlife conservation from all over the world.

He is a brave man from wildlife. He struggled a lot with different type of situation in his career. He also faced multiple attacks in his duty hours. First time he was attacked in 1985 by the villagers of Sherpur and Khilchipur who killed a member of his patrolling party. In Sariska, in 1997, a leopard that came out of anaesthesia faster than expected badly mauled him. But, he always comes back on his duty. On Friday, 20 August 2010, he was grievously injured by tiger attack and nearly reached his death while trying to tranquillize a tiger that had strayed out of the boundary of the Ranthambore National Park. It was the darkest day of his life because he was nearly died. He lost an eye & got severe, injured on his face and spent several months in the hospital but he came back again to fulfill his duty.
You can read complete story @ ‘People are more often the problem than animals' or in the book -"My Encounter with the BIG CAT and Other Adventures in Ranthambore” Ranthambore” by Daulat Singh Shaktawat as well as You can hear him in Tiger Vows on You Tube - A film celebrating Daulat Singh Shaktawats 40 years of service to wildlife by Nikhil Virdi.
Everybody should listen for what wildlife experts say about him.
Due to his commitments to Himself, probed him as man of wild, Ranthambore National park !