My Encounter with the BIG CAT and Other Adventures in Ranthambhore 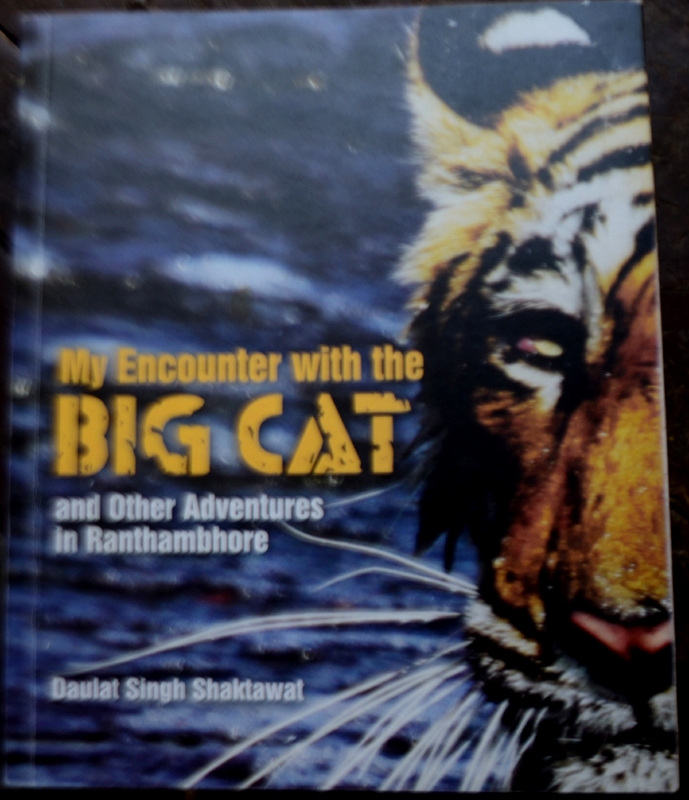 For all wild life lovers, I’d like to recommend the new book,” My Encounter with the BIG CAT and Other Adventures in Ranthambhore” by Daulat Singh Shaktawat, who has served for more than 37 years in the wildlife wing of the Forest Department of Rajasthan. The dedicated officer and a passionate wildlife, he has contributed immensely towards the conservation of habitat and wild species during his tenures at the Keoladeo National Park, Sariska Tiger Reserve and the Ranthambhore Tiger Reserve. Through this book, you’ll be able to know the dramatic encounter with a belligerent tigers; a near-death experience; hunting for missing tigers; a mystifying leopard who attacks humans at will with no fear; tracking and monitoring tigers and the fascinating story of an aggressive male tiger.

I have mentioned some most heart touching lines from the story, “MY NEAR-DEATH EXPERIENCE” here such as

“As we were in the process of doing so, I got message from The Assistant Conservator of Forests (ACF), Sr Yadav, that the crowd one the other side was creating a Riot. They were threatening the police force that if the tiger was not captured or killed immediately, they would forcefully grab their guns and KILL the tiger themselves. I was advised to reach the spot immediately with my team and somehow go ahead with the operation. ………………..

My years of experiences told me that the tiger could not be traquillised in this situation as he was not even visible among the dense crop………….

We waited to get a glimpse of him moving away. Suddenly, we heard a roar from very near. Before I could react, I saw the tiger emerging from dense cover in front of me, barely eight to ten feet away. He was snarling and appeared extremely aggressive. I had the tranquillising gun in my right hand but, before I could think of doing anything, the tiger had already pounced on me.

I screamed and tried to turn away, but it was too late! The tiger was on me, inserting his claws into my body, my right hand clenched between his jaws. His right paw was on my chest, claws digging in. I amassed all my strength and tried to push him away but I fell down on the ground with massive weight of the tiger on top of me. It was the worst nightmare of my life, only this time it was for real. I could hear and feel my bones being crushed and cracked , from my forehead to the right side of my face and jaw. I could barely breathe and started preparing myself death. Then, suddenly, the weight was lifted and the tiger was gone with a roar. I was still alive! I just could not believe it. Somehow, I managed to stand up and look for help. There was no one around. Then the pain started. An intolerable, throbbing agony, the kind I had not experienced ever before………………………................................

I could feel all parts of my body getting stiff through the excruciating pain but I was determined not to lose hope and confidence till I reached the hospital in Sawai Madhopur. That journey of 40 km from Bhuri Pahari to Sawai Madhopur Hospital must have been the longest in my life, or so it seemed at that point in time,” - Daulat Singh Shaktawat

Please read complete story in the book, “My Encounter with the BIG CAT and Other Adventures in Ranthambhore” written by Daulat Singh Shaktawat. It was launched on December 20, 2017, 6 pm onwards. Venue : WWF India

Its my one of the favourite book! I hope everybody like it.