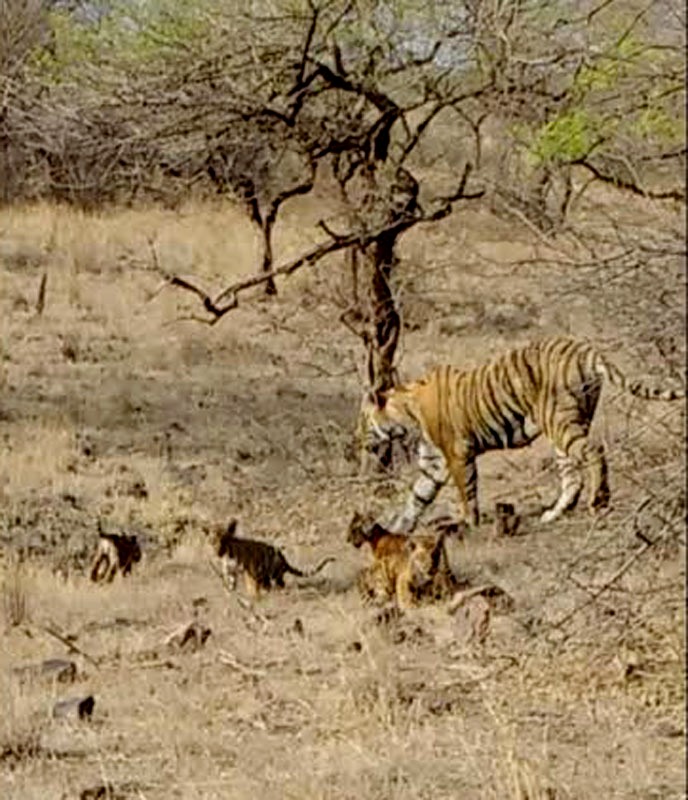 (The queen of Ranthambhore, Krishna is walking with her 4 new cubs in zone no. 4 first time.Copyright Mrs. Vinita with permission for first three photoes).

Today in the morning safari, the great mother and the queen of Ranthambhore, Krishna was spotted with her four cubs in zone no. 4. The icon of Ranthambhore Tiger Reserve , T-19 was sighted with her four cubs near Berda-Valley in the morning drive while she was walking and her tiny cubs were following along the track. It is the 3rd litter of Krishna that is sighted first time in the park. The new born cubs should be around 3 or 4 months old. 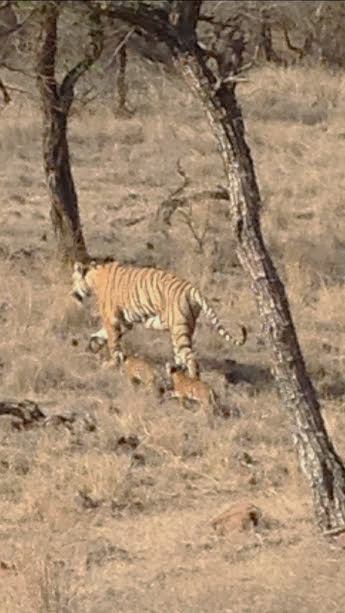 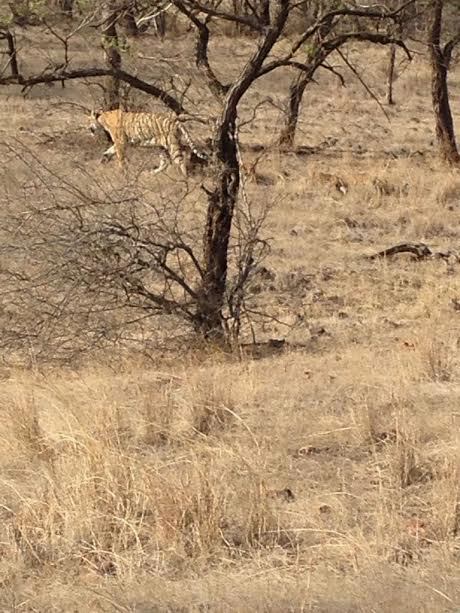 The queen, Krishna and her 4 cubs were spotted by nature guide, Salauddin Shekh and the guest, Mrs. Vinita jain. It was really very rare sighting only for one canter. Nature guide, Salauddin Shekh said that he was surprised, when the queen of Ranthambhore crossed the track and her 4 cubs walking behind the mother in a line. They walked for while then disappeared down side the hill. It was quite good sighting for 5 minutes.

Krishna is the dominant tigress of Ranthambhore who walks frequently in zone no. 4 and 5. It should be kept in mind that before November 16, she used to rules famous lakes territory i.e zone 03.Due to her own growing cubs she had to shift to zone 04. She is about 9 year’s old tigress. She is the daughter of Great Machhali.

Earlier, the tigress, T-19 had given birth to two litters. She had given her first litter including two males & one female in 2011.

Later, March 2014, she was spotted with her second litter including 4 cubs. Unfortunately, one of them disappeared very soon. Rests of three cubs are identified as T-83, her name is Lighting, T-84, her name is Arrow-Head and T-85, his name is Packman.

It is the 3rd litter of Krishna. No doubt, she is the Great Mother of Ranthambhore Tiger Reserve. She has giving 11 cubs. God bless whole family! We all nature guides respect her by our heart!

In this month, June, it is the second good news about tiger’s cubs. On 6 June 2017, one new tiger cub of T-79 was also captured in camera trap. 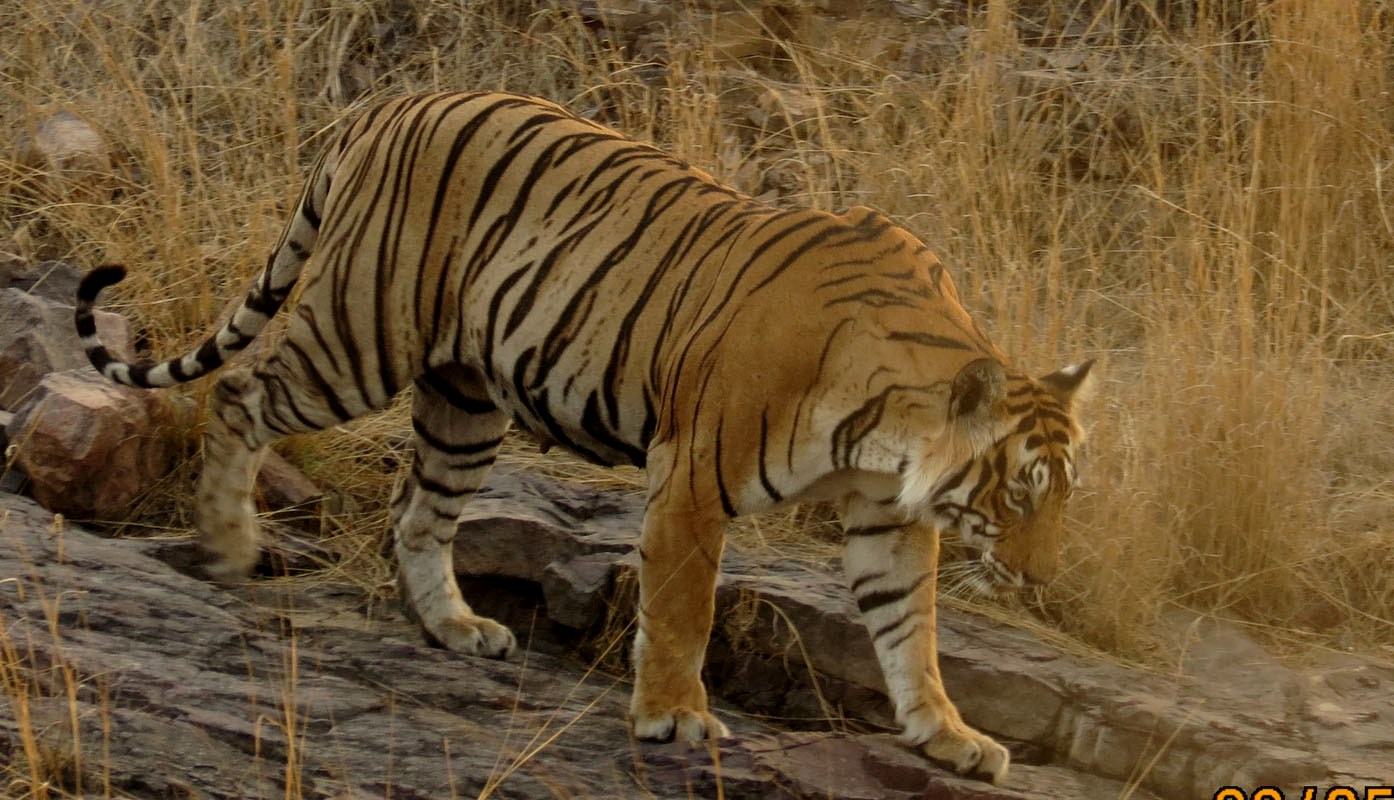 ( Ranthambhore queen, Krishna coming for drinking water on May 22, 2017 in the evening drive. This photo gave indication about the new hope .Copyright Shakir Ali with permission)