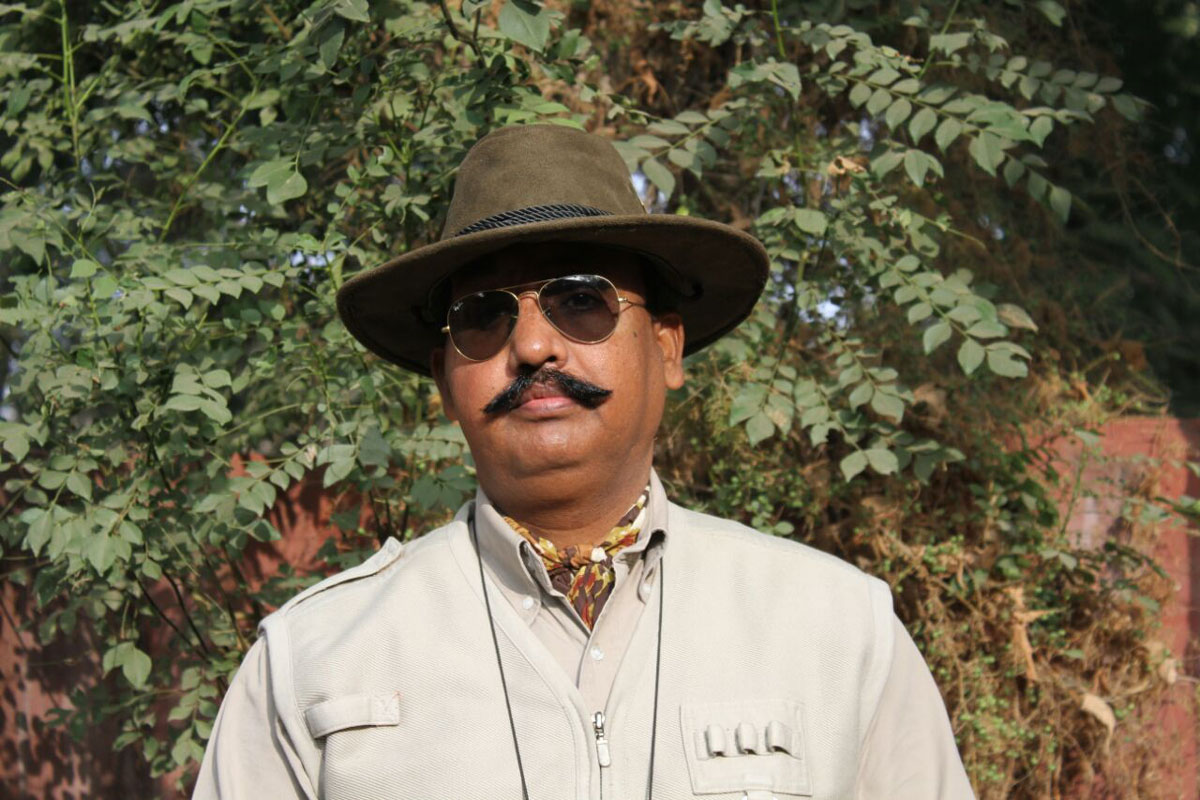 Daulat Singh Shaktawat also known as Man of Wild, was an Indian naturalist, conservationist as well as Indian tiger conservationist. Daulat Singh Shaktawat joined the Forest department in March 1977 and retired as Dy.Conservator Forest in September 2017 from Ranthambore National Park, Rajasthan.He worked over 40 years in wildlife conservation. He has contributed immensely towards the conservation of the habitats and wild species during his tenures at the Keoladeo National Park, Sariska Tiger Reserve and Ranthambore National Park. He is well-known for his adept handling of crisis situation arising from man animal conflict that is the biggest issue for wildlife conservation from all over the world.

“My Encounter with the BIG CAT and Other Adventures in Ranthambhore” is the book", written by Daulat Singh Shaktawat. It was launched on December 20, 2017, 6 pm onwards. Venue: WWF India
Through this book, you’ll be able to know the dramatic encounter with a belligerent tigers; a near-death experience; hunting for missing tigers; a mystifying leopard who attacks humans at will with no fear; tracking and monitoring tigers and the fascinating story of an aggressive male tiger. But you can also hear him in Tiger Vows on You Tube - A film celebrating Daulat Singh Shaktawats 40 years of service to wildlife by Nikhil Virdi.