The small tiger cub injures by the quills of porcupine! 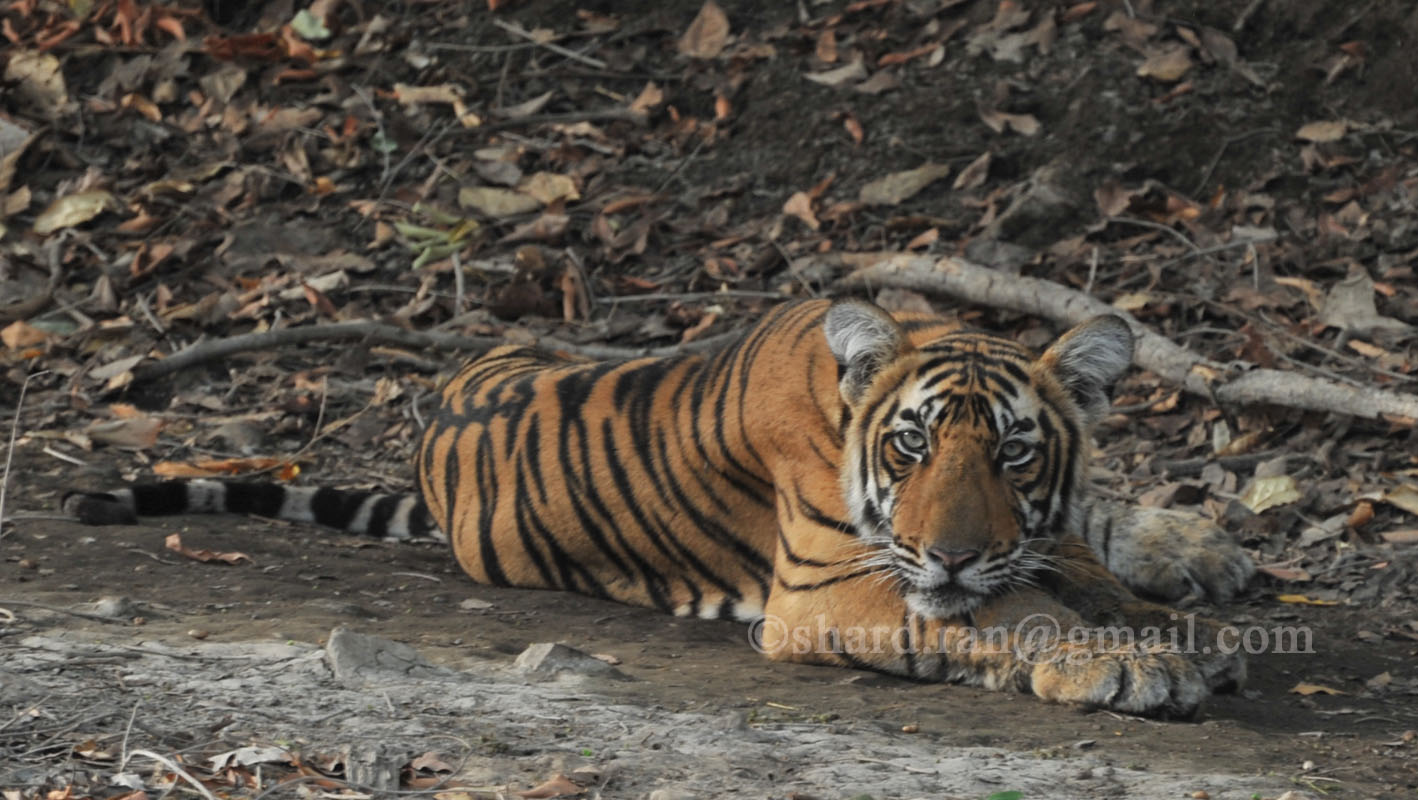 The small cub of T-41 was injured by the quills of porcupine after Alphonso in Ranthambore. The injured cub and mother, Laila aka T-41 were sighted in the morning drive under the Chhila tree (Butea monosperma) in zone no. 4 on 20 June 2017 while the cub was so quiet and he had three quills at its cheek. Our boss, DFO (field deputy director), Bijo George and forest guards were there for observation of the cub. It was quite clear that the injured cub was under the observation by high authority of the park. The observation was continued for two days and particular area was closed for tourists to avoid the human disturbance. Later, on date 23 June, in the morning drive, T-41 and her cub were sighted at different spot in zone no.4 by the tourists. They looked healthy.

I sighted Laila in zone no.5 in the evening safari when she was taking nape at rock. I waited for 10 minutes; suddenly the cub came out from bushes behind the mother. It walked about 5 meters and crossed the mother and sat down at ground from the mom. It was a great sighting to watch both looked healthy.

Thank you very much for our high authority that always have eagle eye at the park.