The quills of Porcupine injured tiger, Alphonso aka T-91 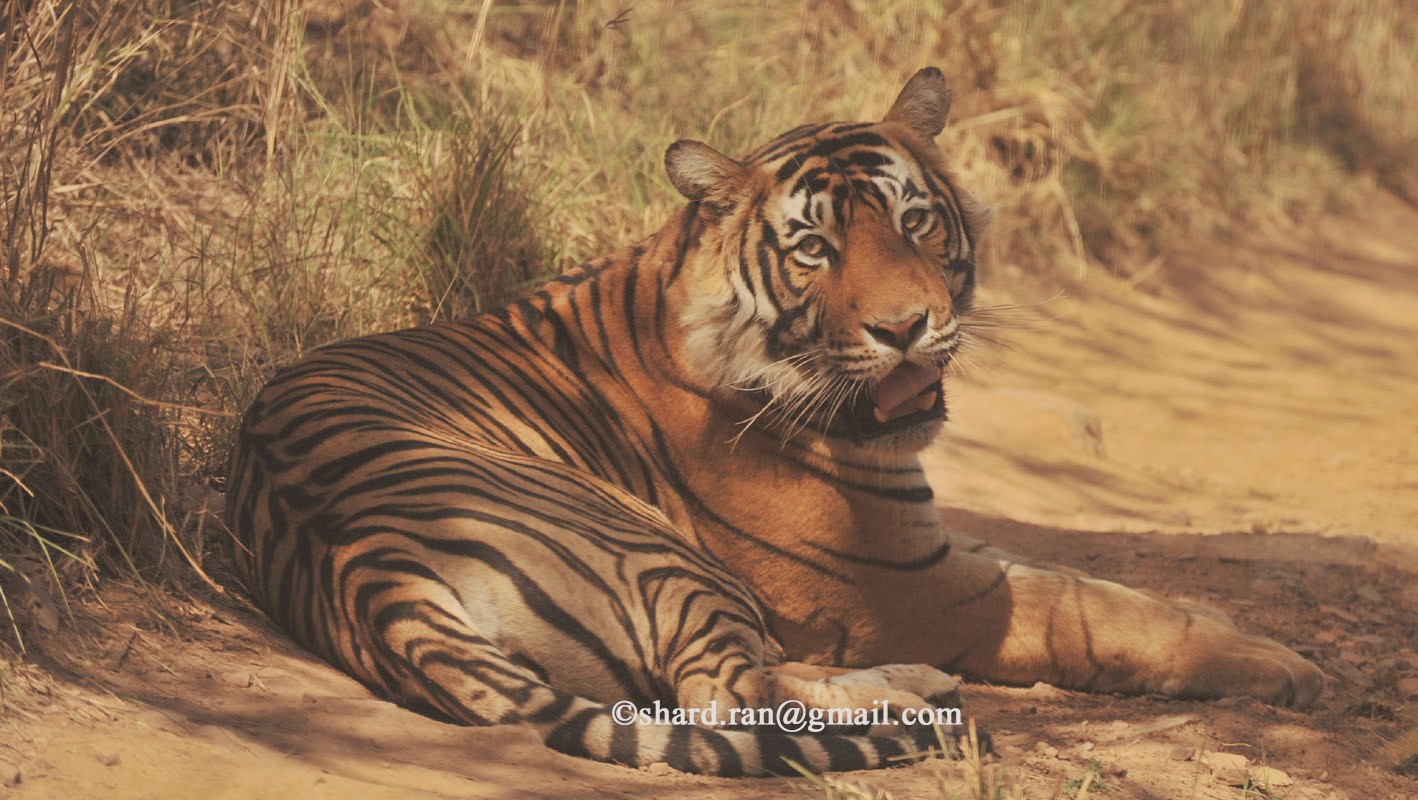 A quite young tiger, Alphonso aka T-91, (a son of T-30 mother and father T-3) got injured due to the quills of porcupine. It was serious injuries at chest and neck parts of the body. The injured tiger has been under observation of the forest patrolling team since 6th, June 2017. Due to the continuing observation by the forest patrolling team, the forest department gave treatment after tranquillised him at Kachha chata in the morning hours on Wednesday. The treatment was given by veterinarian Dr. Rajeev Garg and with his team. In the process, they took out 7 quills of porcupine from neck and chest of the body and clean the wound with disinfectant and bandage applied. The operation was continuing about 30 minutes. After operation, about 15 minutes later, the tiger came conscious again and now, it seems better than before.

On 6th, June in the morning safari, Alphonso was sighted in zone no.3 when he was at porcupine killed. But he was not in good condition, it had blood marks at its legs and a few quills of porcupine at its neck and chest. Immediately whole incident was reported to the veteran forest guard, Dharam Singh by nature guide, Rajendar Sharma and driver, Pradeep Sharma. After that, the forest patrolling team reached at the same spot where Alphonso was still there. After the observation by the forest patrolling team, they decided to take Alphonso under the observation. Therefore, that particular area was closed for the tourists to avoid human disturbance. On the same day, the veterinarian, Dr. Rajeev Garg included his team visited Alphonso with the forest patrolling team in the evening time and tried to diagnostic of quills of porcupine at tiger.