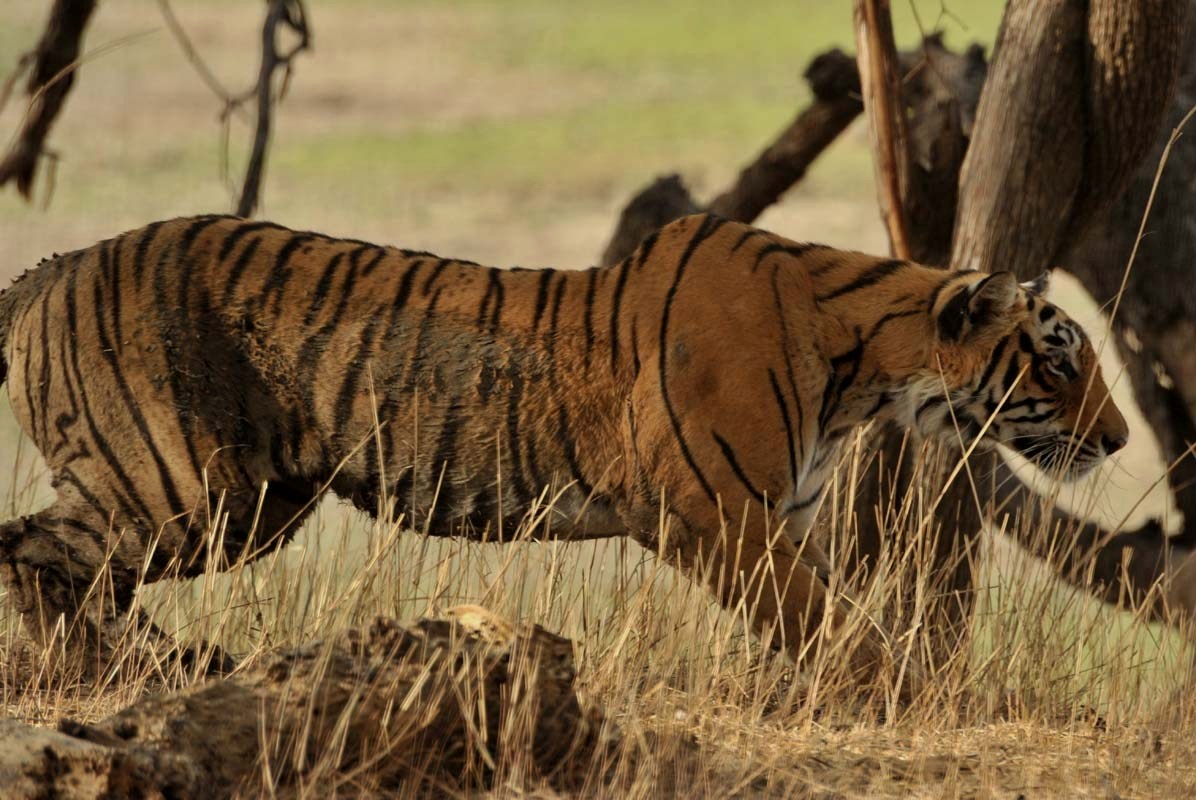 The most innocent tigress of Ranthambore, T-83 who is known as Lighting was shifted to Mukundra Hills Tiger Reserve from Ranthambore National Park by the forest department team in Rajasthan. She was shifted on 12 April, 2019.

Sources said that the forest department team tranquilized the tigress at 6: 45 in the morning. After that whole investigation of the tigress was conducted by the team at 7:00 am. Then, the tigress was kept in the cage at 7:15. She reached the Mukundra Tiger Reserve at 1:30 in the noon. During this operation, Field Director of Ranthambore, Manoj Parashar and DFO, Mukesh Saini also accompanied them.

The well known tigress, Lighting aka T-83 is quite young tigress who is about five years old. She is a daughter of Krishna aka T-19 who is well known tigress in Ranthambore National Park. She became as an icon of Ranthambore Tiger Reserve when she gave birth to 4 cubs as her second litter in the year 2014. Later, unfortunately, she lost her one cub of them soon and only 3 cubs are survived. The pretty tigress, Lighting is one of them.

She was spotted the first time in Ranthambore while her mother was shifting her cubs by holding them in her mouth through her canine one by one on Sunday 23 March 2014. That time, she was so tiny and not able to walk.

She spent her childhood with mother, Krishna, sister (T-84) and brother (T-85) at zones no.2, 3, 4 and 5. After became as a sub adult, she start to spend most of time at zone no. 3 and 4. At last she made her own territory in zone no. 5 and a periphery area of the park that was occupied by Great Machhali(T-16). She is the grand-daughter of Great Machhali who was known as Mother of Ranthambore!

Lighting aka T-83 is now locally known as MT-4!

Prior to this , three tigers from Ranthambore Tiger Reserve have been shifted to the Mukundra Hills Tiger Reserve, Kota, Rajasthan.

First of all, the male tiger T-91 aka Alphonso was shifted to Mukundra on April 3, 2018. The sub adult tigress who tiger code is T-106 was shifted from Ranthambore National Park to the Mukundra Hills Tiger Reserve on December 18, 2018.

10 February 2019, the male tiger T-98 of Ranthambore reached Mukundra via forest of sultanpur and Kalisindh River. And on April 12, 2019, Tigress T-83 was shifted from Ranthambore to Mukundra. She was often seen in the Amma Ghati area.