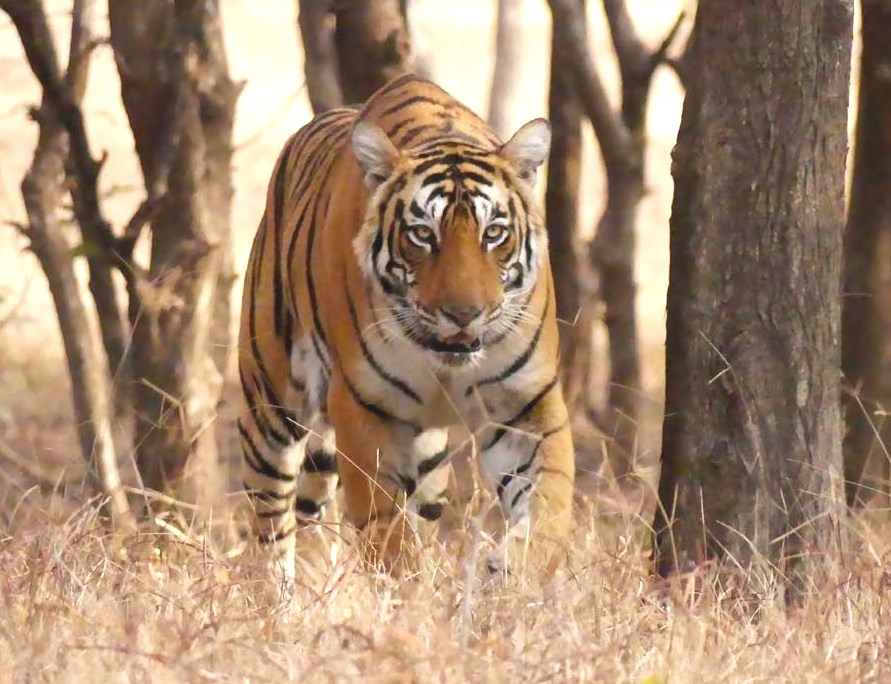 The tigress Arrowhead was spotted in zone number three while she was wondering with her three newborn tiger cubs by forest guards. On Friday evening, the forest guards who were doing the monitoring of the tigers in the park, they gave this important information.

Recently on 13 July 2021, the trackers of the forests department (forest guards) reported that they spotted the queen of Ranthambore, (Arrowhead) with her two new-born tiger cubs in zone number two first times while two tiny tiger cubs were following their mother on the track! According to the forest guards, the new tiger cubs should be between one and half months old. It is the third litter of Arrowhead!

Arrowhead aka T-84 is the dominant tigress of Ranthmbore National Park who roams frequently in zone 3, 4, 5 and some part of zone no.1 and 2 also. She is queen of Ranthambore National Park because she has occupied best tiger habitat area around three lakes in the National Park. She occupied this area from her mother Krishna aka T-19. She is a mature tigress, around seven years old plus. She is second litter of Krishna (T-19), sighted first time on date 23 March, 2014 while her mother, Krishna was shifting her cubs by holding them in her mouth by her canines one by one. In her second litter, Krishna gave birth three cubs, two females and one male. One is called Lighting aka T-83 & other was Packman (T-85) from this litter.

Earlier, she had given birth to two litters. She had given her first litter, including two cubs in February 2018. Unfortunately, they had not survived. In December 2018, she delivered her second litter. From this littler, we have got very famous tigresses, Riddhi (T-124) and Siddhi (T-125).