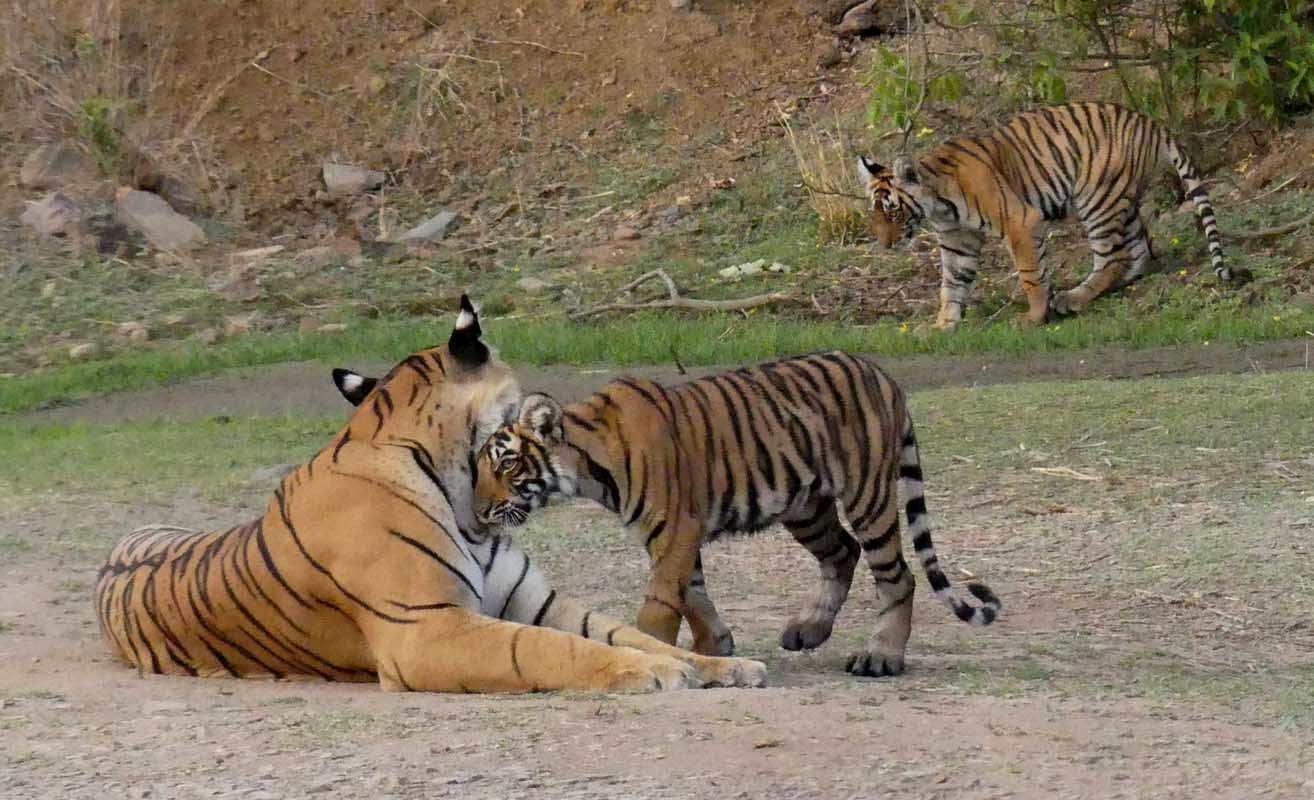 Ranthambore| The two newborn tiger cubs were spotted with their mother,Arrow-Head aka T-84 in Ranthambore National Park, situated in Sawai Madhopur district of Rajasthan.

Today in the evening safari, the Queen of Ranthambore, Arrow-Head was spotted with her two small cubs in zone no. 2.The tigress, T-84 was sighted with her two cubs at Badi Chhtari area while she was sitting with her the newborn baby. It is the second litter of Arrow-Head. The newborn cubs should be around two or three months old.

Arrow-Head aka T-84 is the dominant tigress of Ranthmbore National Park who roams frequently in zone 3,4,5 and some part of zone no.1 and 2 also. She is queen of Ranthambore National Park because she has occupied best tiger habitat area around three lakes in the National Park. She occupied this area from her mother Krishna aka T-19. She is quite a young tigress, around five years old. She is from second litter of Krishna (T-19), sighted first time on date 23 March, 2014 while her mother, Krishna was shifting her cubs by holding them in her mouth by her canines one by one. In her second litter, Krishna gave birth three cubs, two females and one male. One is called Lighting & other is Packman from this litter. Arrow-Head has succeeded the territory with hard struggle.

Arrow-Head with her two cubs in Ranthambore National Park 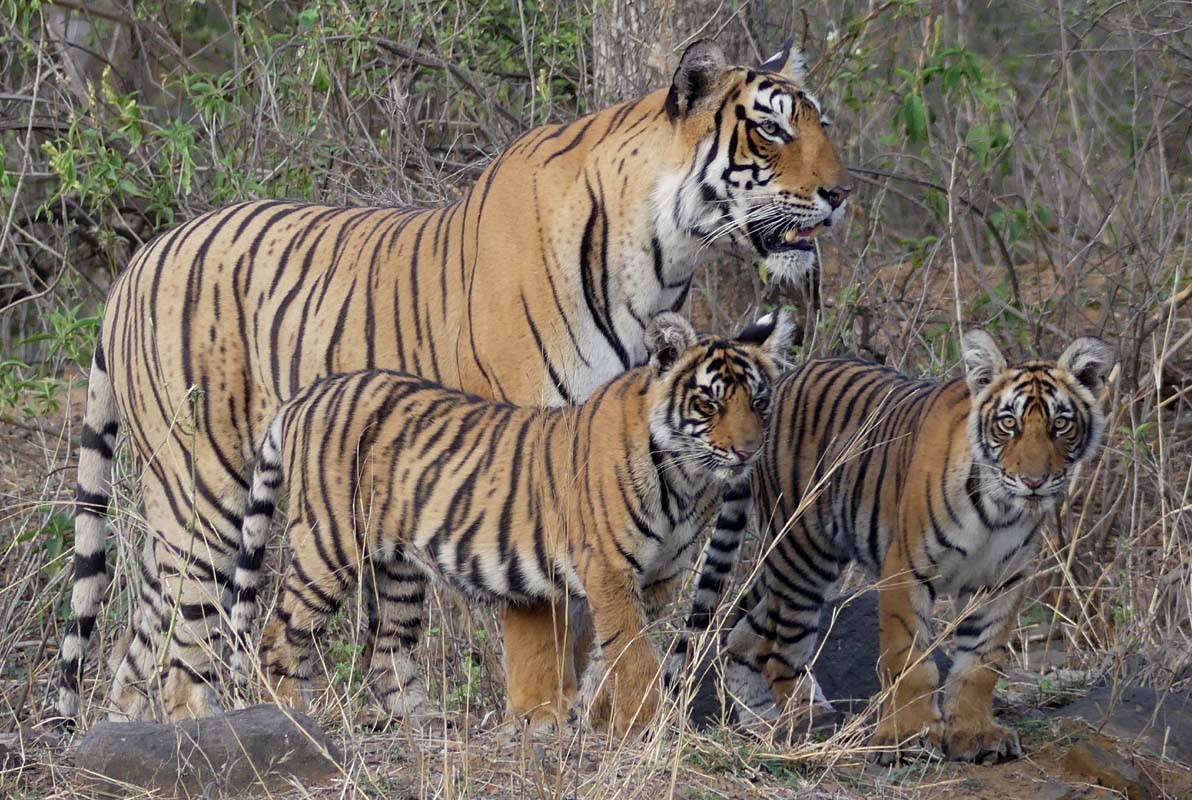 If everything goes well, the glory of zone 03 will come back again. For last two session sightings were low in this zone.