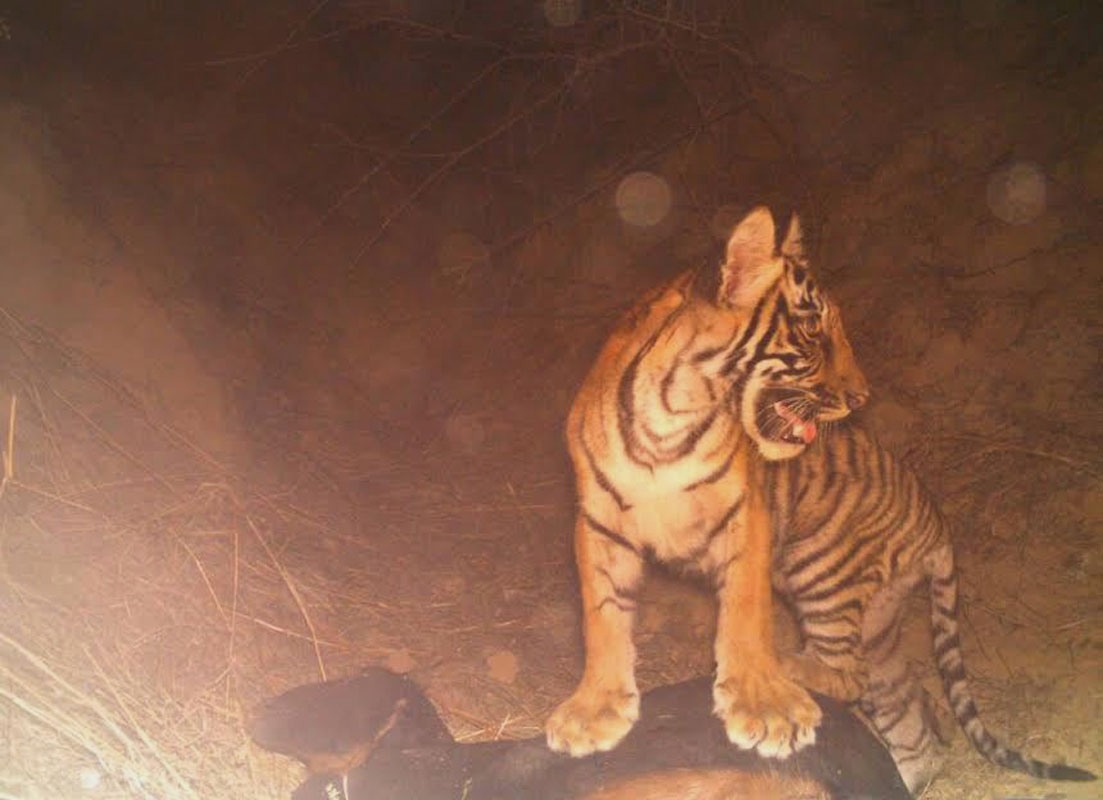 The cub should be the mother of T-79. The tigress, T-79 is quite young mother. Probably, it is the first litter of her. She is considered the third litter of T-13.

As per ACF Mr. Daulat Singh Shaktawat, there might be more than one cub. He also mentioned that as per Village wildlife watchers there were pugmarks also reported after the camera trap. Now this area is on priority for monitoring by forest department. We need to wait for more good news….