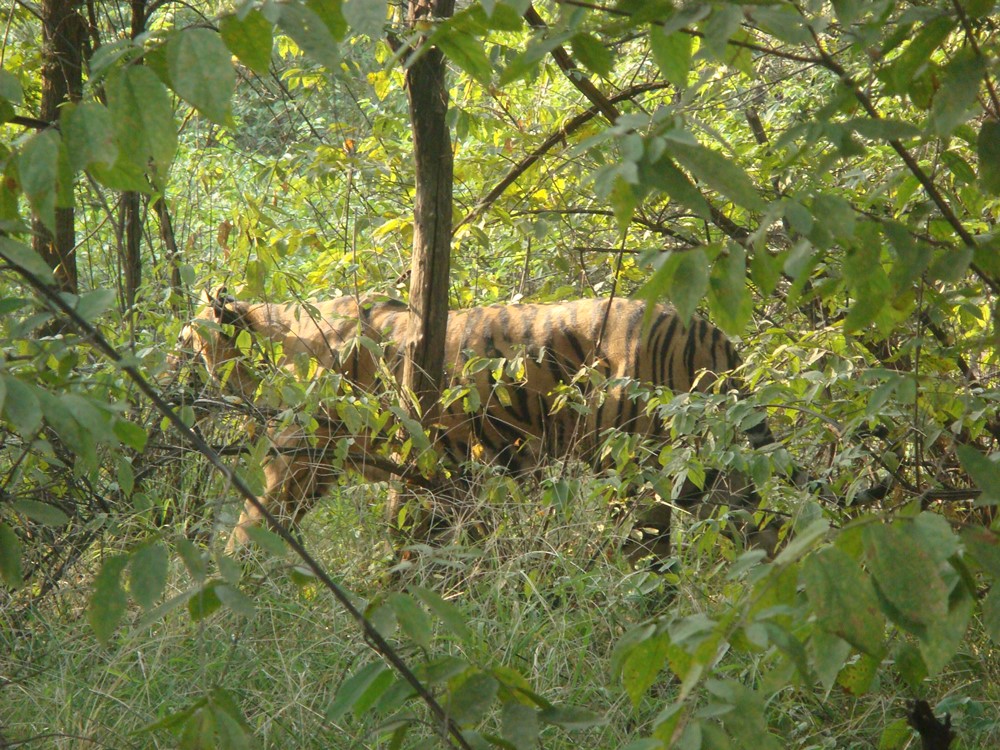 On April 1, 2021, a five-month-old tiger cub was discovered dead in Ranthambore Tiger Reserve. Forest guards discovered the rotting body in damaged condition in the Gandara Deh, area of Zone 2.

Because there were canine scars on the cub's neck, Field Director believes it was killed in a battle with another large cat. After the post-mortem, he added, the carcass was disposed of. The dead cub was identified as the cub of T-60. It seems that it was the third litter of T-60.

The tigress, T-60, also known as Junior Indu, is a mature and dominating tigress in Ranthambore's zone two. She has already given birth to two litters. In March 2016, she gave birth to three cubs in her first litter. She gave birth to her second offspring in May, 2019. We got a single tiger cub from this littler.

lts Ranthambore Tiger Reserve, which is home to more than 70 tigers, was established in 1955 also as Sawai Madhopur Wildlife Sanctuary and was incorporated in the Project Tiger plan in 1973. In 1980, it was designated as a National Park.