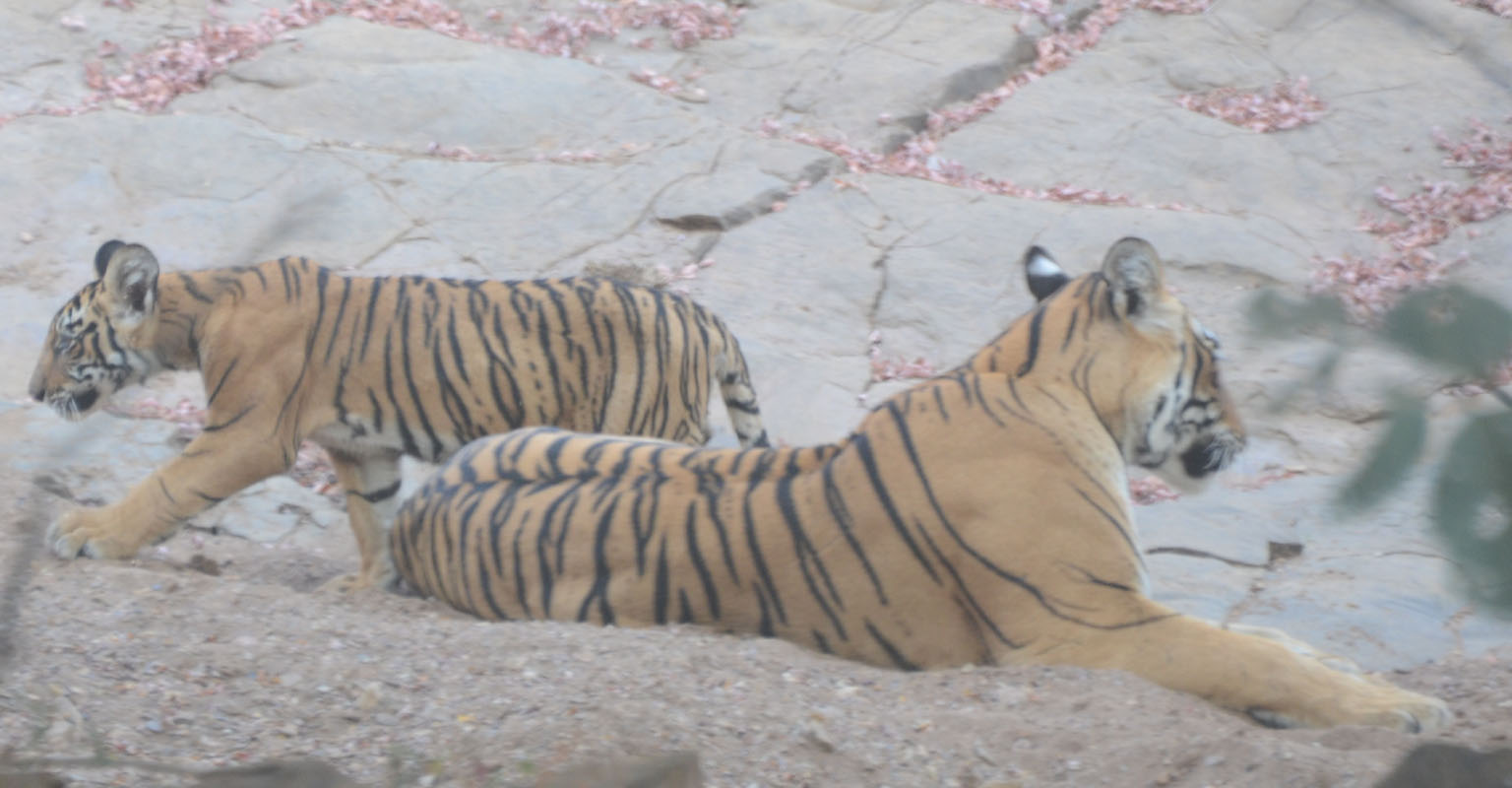 At Lahpur tourism zone, there are two tigress territories, one is T-63 and second is T-60, and both are quite shy and occasionally seen. I noted tigress foot prints with her tiny cub’s first time end of December 2015 and got idea that there is a tigress who has given new cubs recently but it was hard to identify who is this tigress either T-60 or T-63. Before this incident, our senior nature guides already noticed T-63 with the bulge of its belly. So, we were hoping for good news from T-63 who is a daughter of T-19. That was reason; we got late confirmation of T-60. Even though T-60 and her cubs were sighted recently but we did not have enough evidence.

In the evening drive, T-60 was spotted with her two cubs at Lahpur area by nature guide, Jaideep Singh on 4 March 2016 first time. It was the time that only one vehicle saw the tigress with her cub. She disappeared quickly. So other vehicles were not able to see. Second time, the nature guides reported T-60 with her 2 cubs on date 7 March 2016 in the morning drive. We got confirmation, when nature guide, Shiv Raj Meena spotted T-60 with her 2 cubs while they were drinking water at water pond on Tuesday, 8 March 2016. It was open space, so that guests got clearly pictures. It was enough to identify the tigress.

The same drive, I reached that spot too late. The tigress and her 2 cubs had moved inside the bushes after drinking water. I saw the tigress when she was lying down on the ground. Suddenly, one cub moved into the bushes. I just got a glimpse of one cub. I had been waiting 15 minutes. At last, I had to move due to time limit.

On date Thursday 18 March 2016, nature guide, Arvind Meena and famous blog writer, Tigerwalah, Anurag Sharma spotted T-60 with her three cubs. It is the first time that they reported that one more new tiny cub of T-60.

Ohh My cute tiny new cub you are most welcome in Ranthambhore by my heart!!!! God bless you.

But it is not climax, we have been waiting for good news from T-63…stilllll …

The tigress, T-60 is a daughter of T-31, Indu, mother from Indala area. She had given a litter including two females. After grew up as sub adults, they had separated from her mother (T-31) and both female cubs are known as T-59 and T-60.