Tiger Suraj, called T-65, a ten-year-old male tiger, died of a heart attack at Ranthambore National Park, according to an IVRI report. 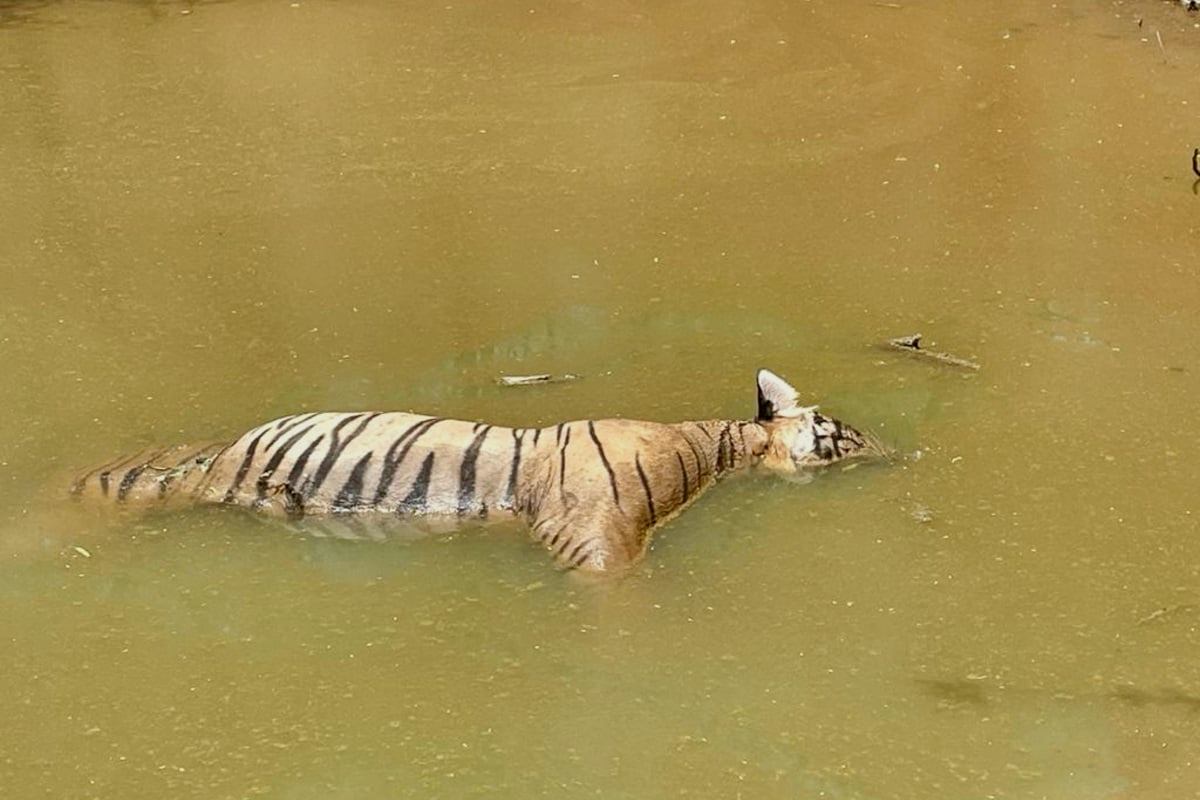 Ranthambore, The death of an adult tiger, T-65, in Rajasthan's Ranthambore National Park was confirmed by IVRI's viscera analysis, which revealed that the tiger, Suraj, alias T-65, died of cardiac shock. The medical board of Ranthambore had previously stated the same cause for the death of a tiger on July 6, 2021, when the tiger's carcass was discovered in a waterhole.

After the death of a tiger, numerous concerns arise, which is why the forest department has to know the actual cause of death. As a result, after a tiger's death, the forest department conducts a post-mortem examination, with viscera samples sent to the IVRI (Indian Veterinary Research Institute) in Bareilly for further analysis. In this case, the forest department investigated COVID-19, common poison, parasite, and bacterial illness, among other things.

According to an official, the cadaver of a 10-year-old male tiger was discovered at a waterhole in Khandar range (outside of the tourism sector) of Ranthambore National Park on Tuesday, July 6, 2021.

Ranthambore National Park, which is home to more than 70 tigers, was established in 1955 as the Sawai Madhopur Wildlife Sanctuary and was incorporated in the Project Tiger scheme in 1973. In 1980, it was designated as a National Park.

The news from Ranthambore National Park was truly heartbreaking.