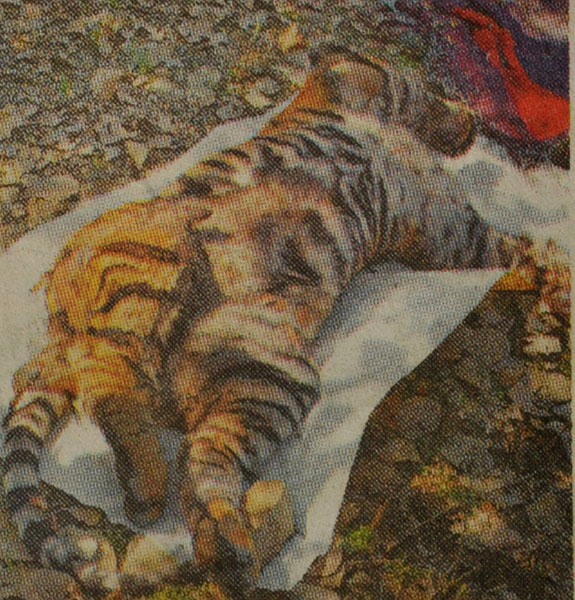 Ranthambhore | A male tiger cub of T-8 (Ladali), a dominant tigress of zone 6 ( Kundal area) and 7 (Chidi-Kho area) was found dead on Sunday at the Ranthambore Tiger Reserve. According to the source of the Forest Department, two tigers one male & one female were seen fighting during morning safari on 6th March by tourists in Kundaal area. After this incident, the tigress, T-8 was spotted with one cub only around the same spot. After this report, Forest patrol team started a search operation & they found dead body of a male cub under a banyan tree. A four-year-old male tiger T-58 was wandering in ROPT range of the Rajbag forest area. He saw a cub near Palli Darwaza in zone no. 6 and attacked him.

A cub was around one year old and Cub’s neck, leg and rib bones were broken, as per the post-mortem report of veterinary Doctor Rajeev Garg.

It was third litter of T-8 along with her partner & dominant male tiger, T-34 (Kumabha). She had given her first litter including one male & one female in 2011. After grew up as sub adults, they had separated from her mother (T-8) around 2013. While female cub is known as T-61 had settled in zone no. 8 (Balas area) of the park that was also part of her mother’s territory, male cub became T-62 had to move out of park sometime around monsoon of 2013.

Again, she was spotted with her second litter of one cub around November 2013 in Balas area but little is known about that litter. She had given her third litter including two male cubs, spotted with 3 month old cubs for first time on 4th June 2014 at Chhidi-Kho area (zone no. 7).