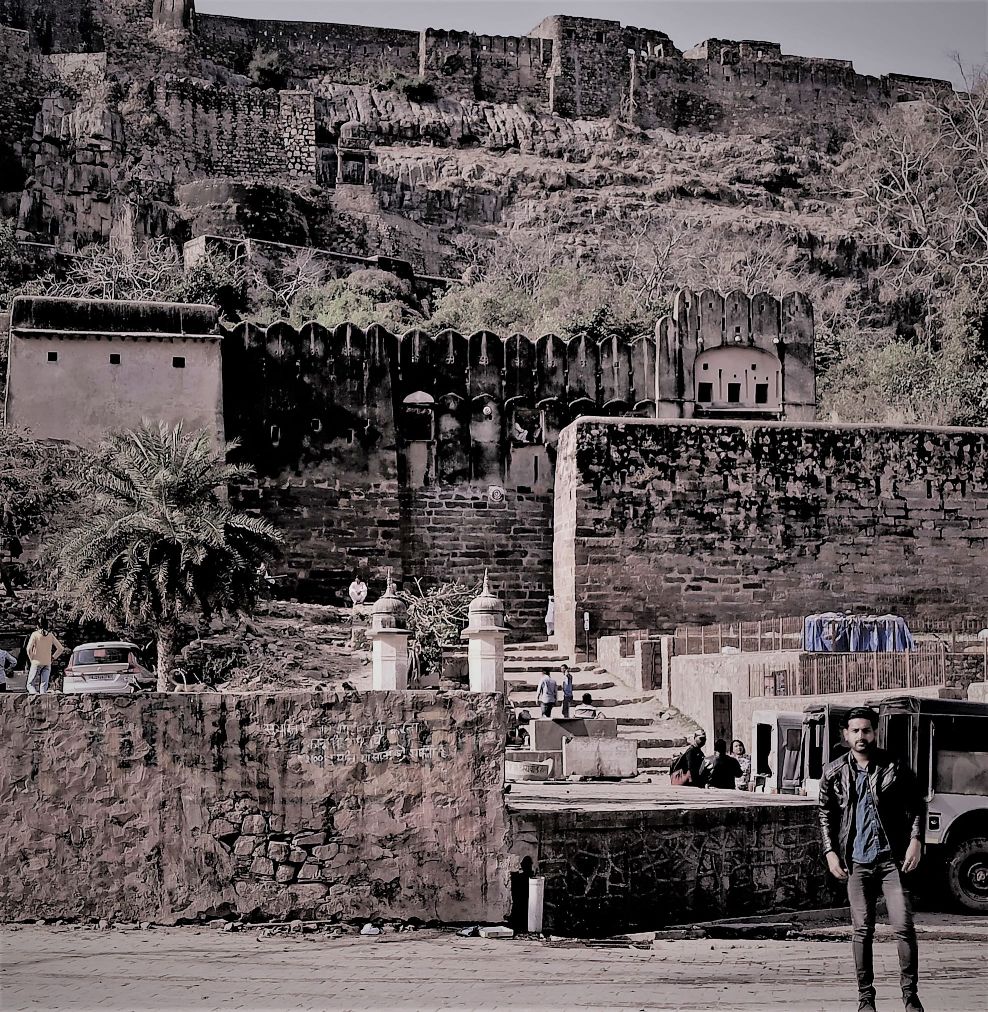 The temple, Trinetra Ganesh which is located in Ranthambore Fort reopened to the public on Friday after approximately six months later.

The temple, Trinetra Ganesh, Ranthambore Fort and Ranthambore park were closed for tourists to curb the spread of caronavirus in March.

Trinetra means three eyes, it is very famous,” Tri-netre Ganesh Temple” depicting the glory of Ranthambore Fort, that is also the centre of faith and admiration of Hindu people. Most of Hindu pilgrims come here to fulfill their unmet desire by observing the image of ‘Lord Ganesh’ and seeking ‘His Blessing’. In the temple, there is no life size idol of Ganesh but only the face with three eyes are visible and is worshipped. On either side of ‘Ganesh’ are the ‘Ridhi-Sidhi ‘. It is really main attraction for Hindu people.

The Trinetra Ganesh Temple is considered as one of the oldest temples in India and the only temple in the whole world where Lord Ganesh is with his whole family.

Nearly 1000-year-old, is situated on the top of the hill, which offers a natural scenic view of the Ranthambore National Park to the tourists. It is the one of the oldest forts of Rajasthan that is located at the heart of the Park. The fort possesses beautiful architecture and is situated in the middle of Vindhya and Aravali hills.

The fort is huge and spreads across vast geographical area that extends 3 kms. in the East-West and about 6 Kms, in the north-South direction.

The infrastructure of the fort is marked by various- lake places, cenotaphs, ancient step-wells, guard –posts, temple, tombs and summer palaces etc., all bearing witness to Ranthanbhore’s varied and fascinating history. It is open with the rising & setting of the Sun. you can have visit of it after the morning safari to escapee the time for evening safari. It is the best place for birding and occasionally panther use this area.