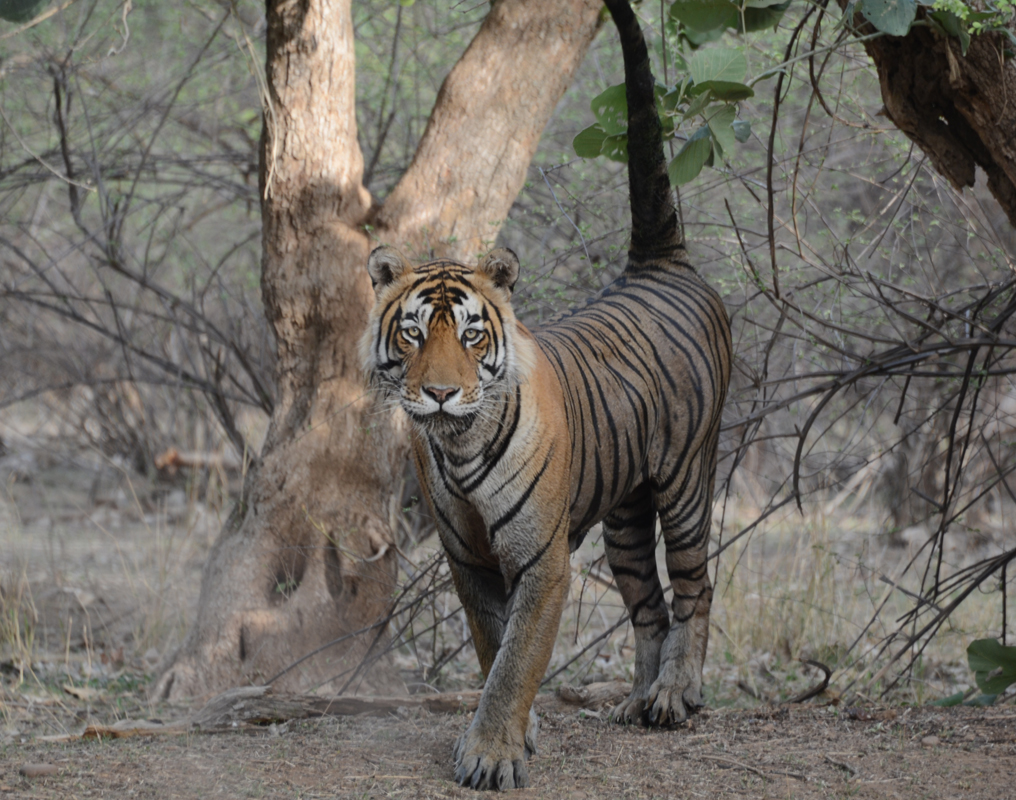 A mature and old tiger, Hamir aka T-33, (a son of T-30 mother and father T-20) got injured in territorial fight with T-66 a week ago. It was serious injuries at chest, neck and legs parts of the body. The injured tiger has been under observation of the forest patrolling team since 16th, Sep. 2017. Due to the continuing observation by the forest patrolling team, the forest department gave treatment after tranquillized him at Nayapur Road in the evening on Tuesday. The treatment was given by veterinarian Dr. Rajeev Garg and with his team. After the treatment, Dr. Rajeev Garg told that the tiger is badly injured at chest, neck and legs. The one leg is seriously injured and it takes long time for recovery. It is really serious problem for the tiger, Hamir. After treatment, the tiger was left in Chiroli area.