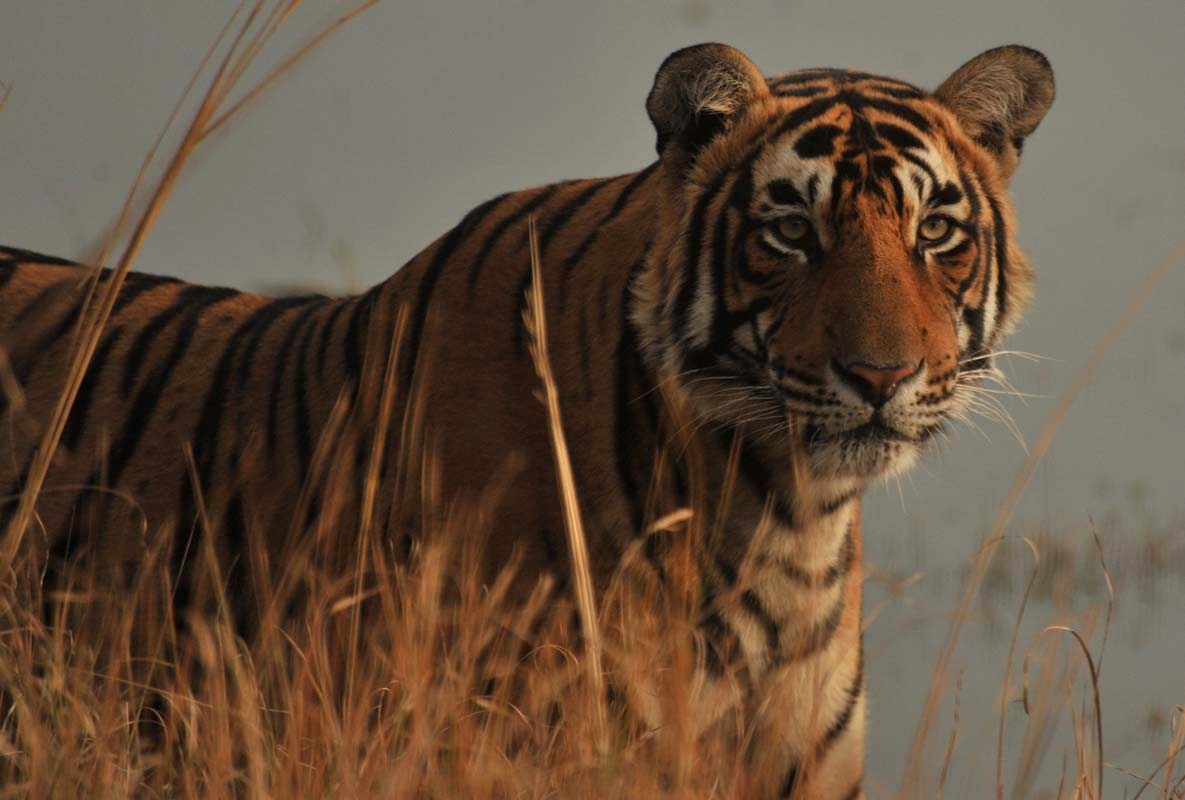 Ranthambore: A male tiger was found dead at the Ranthambore National Park, with forest officials suspecting that he was killed in a territorial fight with another tiger. A postmortem of the tiger will be conducted today to find the exact cause of death.

The male tiger aged 5 years old was from the litter of tigress T-19 aka Krishna and used to roam in Khandar Range. The dead body of tiger was found on the main track in Khatola area , in Indala area that comes in Khandar Range, late on Wednesday afternoon . Foresters estimate the carcass should be 2 or 3 days old as it had swollen stomach and other parts of body.

Forest department officials said the carcass has been kept at Kundal Naka near Rajbagh Choki of Ranthambore National Park.

Territorial disputes have been rising in the park due to an increase in tiger population. The population of tigers is nearly 70 plus.

The dead tiger was identified as the male tiger T-85, who was famously known as Packman in Ranthambore National Park. He was the second litter of T-19 aka Krishna, tigress.

The 5 years old tiger, Packman was sighted first time on March 23,2014 when her mother was shifting her cubs by holding them in her mouth through her canine one by one.

The Tiger, T-85 spend her childhood in zone no. 2, 3 and 4 (Padam Lake, Raj-Bag Lake and Malik Lake area) of the park that is also part of her mother’s territory, with her both sisters are known as T-83 and T-84.

After being adult, he left his mother territory to make his own territory and settle down in Khndar range.

It was really very sad news from Ranthambore National Park.