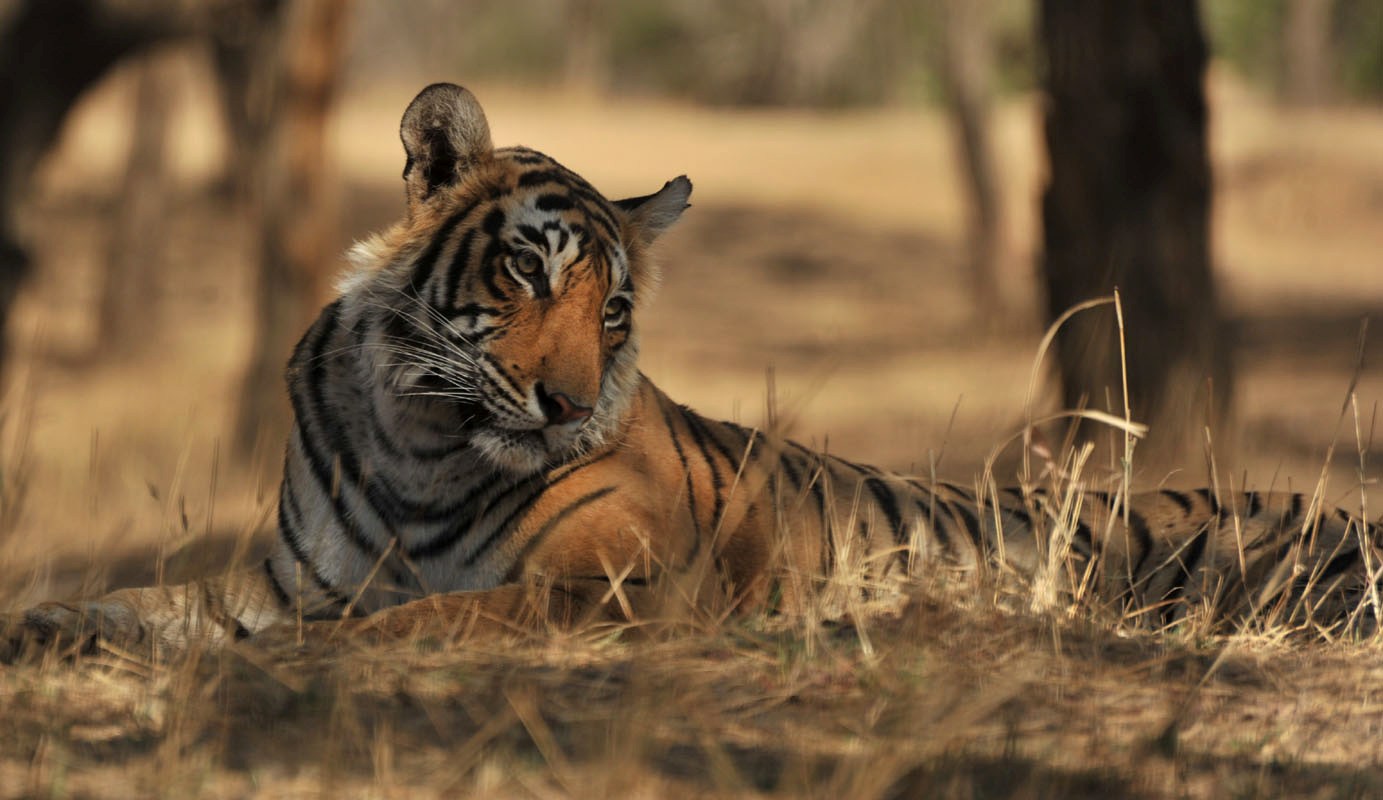 On Saturday, morning safari, the most innocent tigress of Ranthambhore, Lighting was spotted with her two tiny cubs in zone no. 5 first time. The tigress, T-83 was sighted with her 2 cubs at Ama-Ghati area. It is the first litter of Lighting. The new born cubs should be around two or three months old. Even though, we did not get any photos from cute tiny cubs but we are still waiting!

On February 22, 2018, in the morning safari, her sister, T-84 aka Arrow-Head was also sighted with her new small cubs in zone no. 2 first time. But, unfortunately we are still waiting her cubs again.

Lighting aka T-83 is the dominant tigress of Ranthambhore who roams frequently in some part of zone no.5, some out skirt of the park and very closed to hotels. She is the sister of the queen of Ranthambhore, Arrow-Head. Due to Arrow-Head , she has to stay in small territory, but it is nature.

She is quite young tigress, around 4 years old plus. She is from second litter of Krishna (T-19), sighted first time on date 23 March, 2014 while her mother, Krishna was shifting her cubs by holding them in her mouth by her canines one by one. In her second litter, Krishna gave birth 3 cubs, two females’ cubs and one male cub. One is called Arrow-Head & other is Packman from this litter. Lighting has succeeded the territory with hard struggle.

Ranthambore Tiger Reserve, which at present is home to around 65 plus tigers, was declared as Sawai Madhopur Wildlife sanctuary in 1955 and in 1973 it was included in `Project Tiger `scheme. It got the status of National Park in 1980.