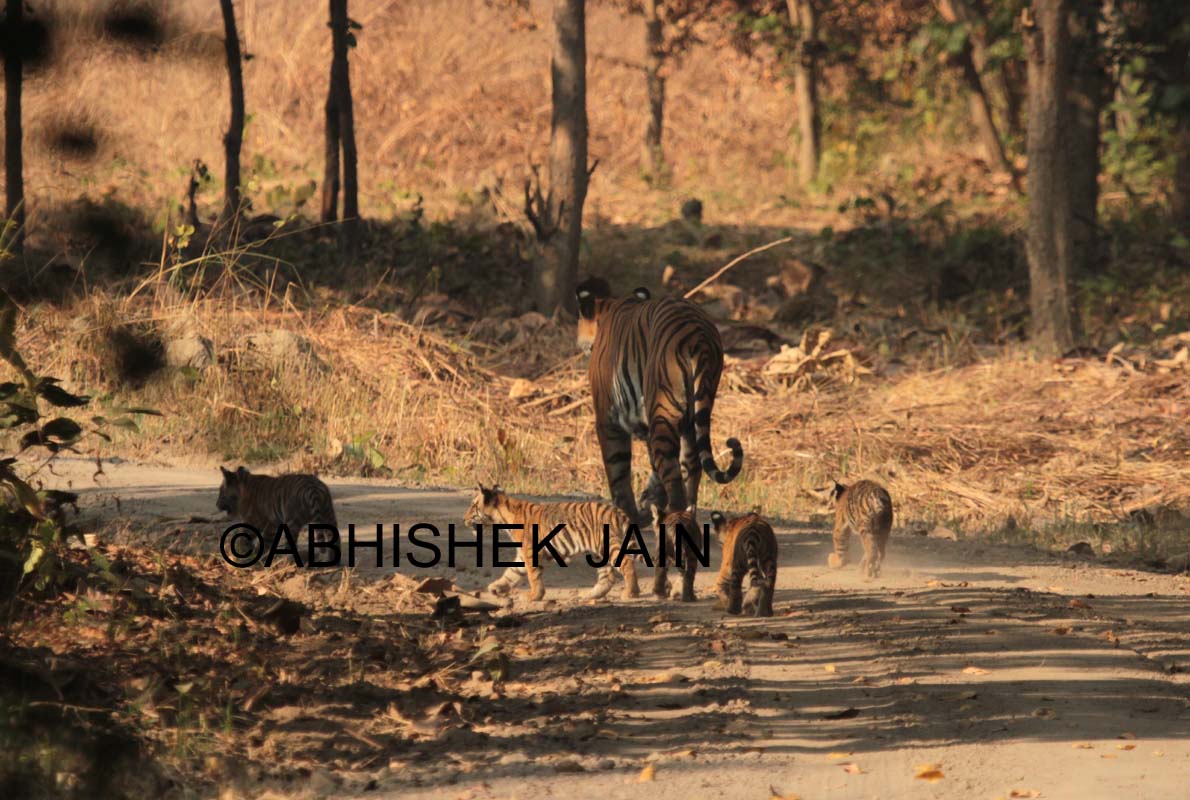 Dudhwa | A beautiful tigress, Beldanda was spotted with her newborn tiger cub on November 16, 2019 in Dudhwa National Park, situated in Kheri and Lakhimpur districts of Uttar Pradesh.

After a gestation period (The tigress’ gestation period is about three and half months), a tigress gives birth to a live litter, usually comprising three or four new born tiger cub, but as many as seven, may be produced in a litter. The mortality rate of tiger cub is very high, and only about half of those born ever survive to reach maturity. Therefore, to spot five tiger cubs with their mother is really amazing as well as rare too! 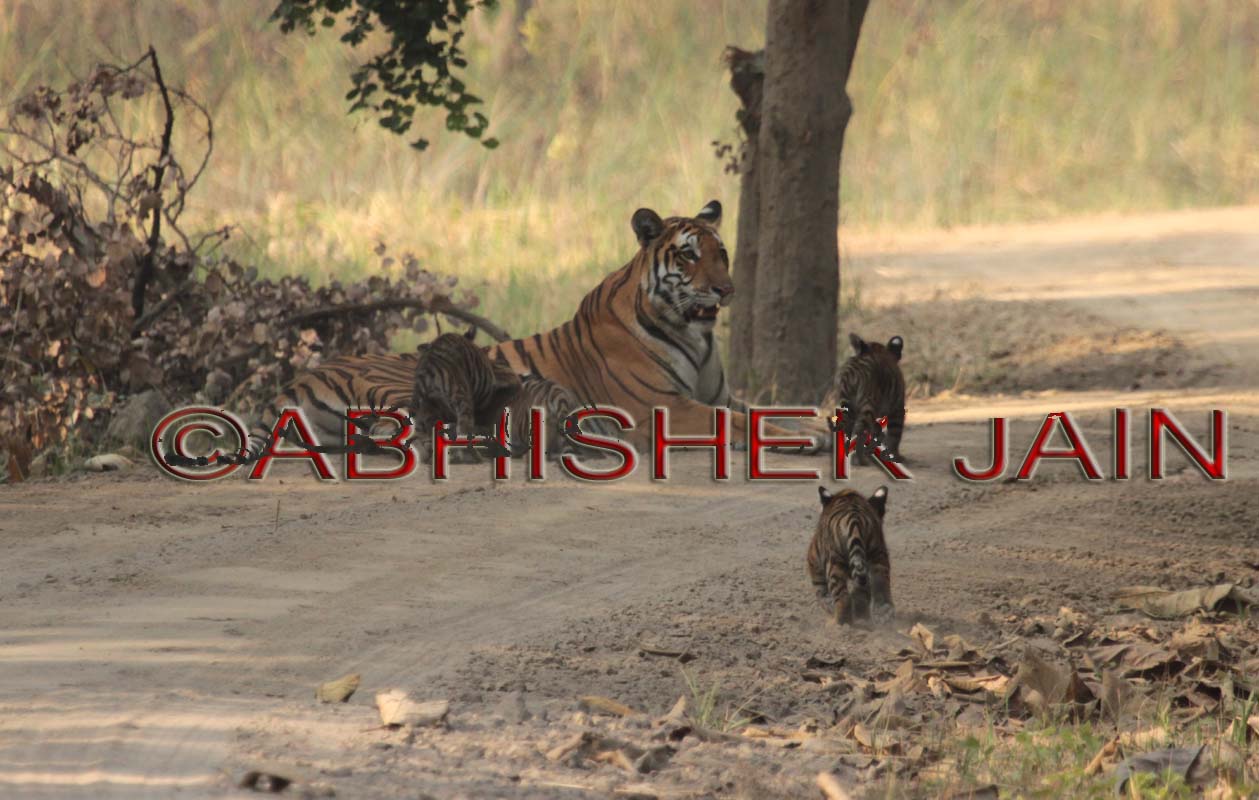 The rarest tiger cub sighting was reported by the regular and enthusiast wild life photographer Siddharth Singhfrom lucknow and Abhishek chandan Jain from Meerut. Abhishek Jain said that,”Beldanda is the dominant tigress of Kishanpur wildlife Sanctuary who roams frequently in this area. She is quite a big tigress, is there in tourism zone for nearly three years and is the queen of Kishanpur wildlife Sanctuary. FATHER of the cubs is Chaltua male who is very huge in size and bold also.”

Dudhwa National Park, which at present is home to around 100 plus tigers, was declared as Wildlife sanctuary in 1958 for swamp deer and in 1977 it was notified as a national park. In 1987, the park was declared a tiger reserve and brought under the purview of the ‘Project Tiger’. Together with the Kishanpur Wildlife Sanctuary and the Katarniaghat Wildlife Sanctuary it forms the Dudhwa Tiger Reserve.

For Safari at Dudhwa National Park,