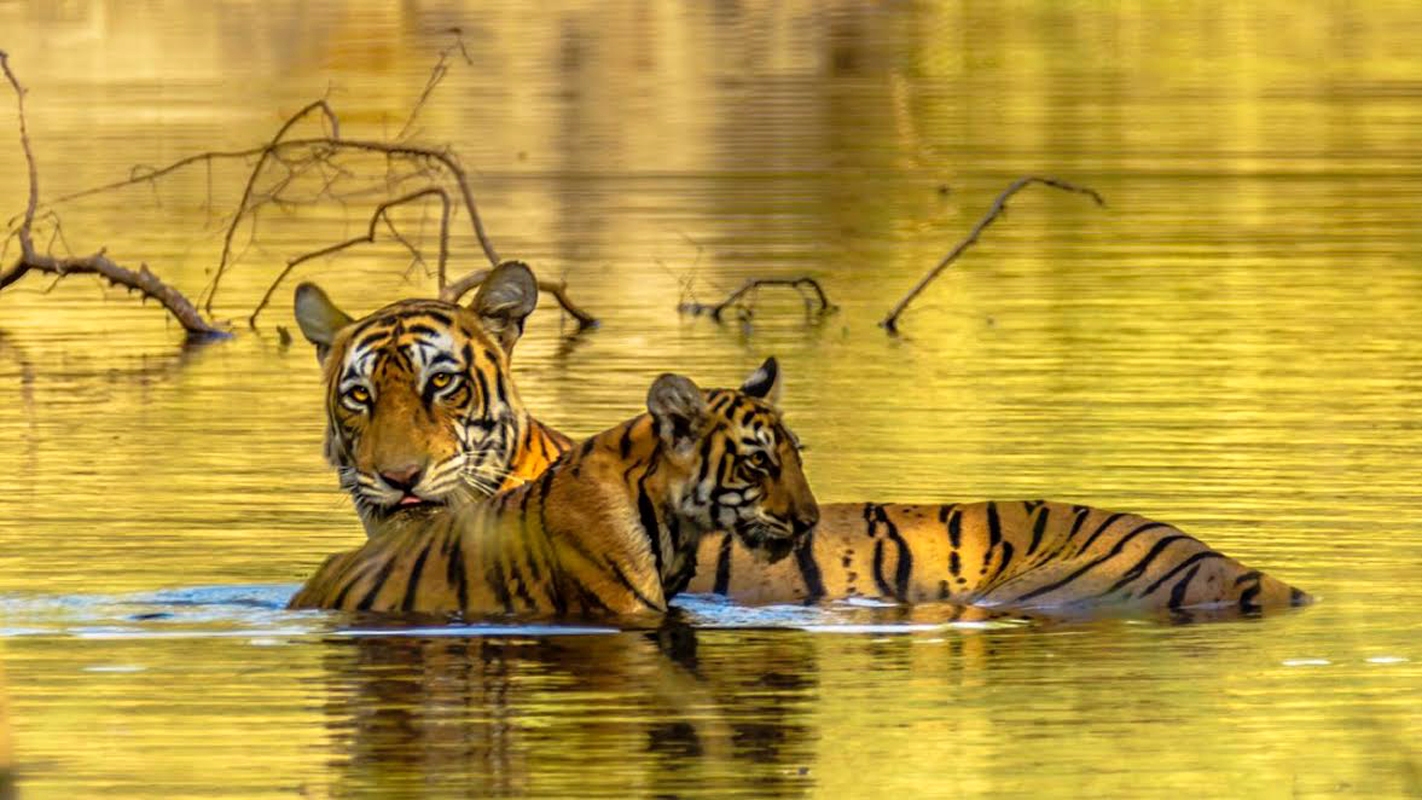 The lucky visitors who were in zone no.5, spotted two-tiny cubs on Wednesday, 15/06/2016, during the morning safari.

Ranthambore Tiger Reserve, which at present is home to around 60 tigers, was declared as Sawai Madhopur Wildlife sanctuary in 1955 and in 1973 it gained the protection of `Project Tiger`. It got the status of National Parkin 1980.