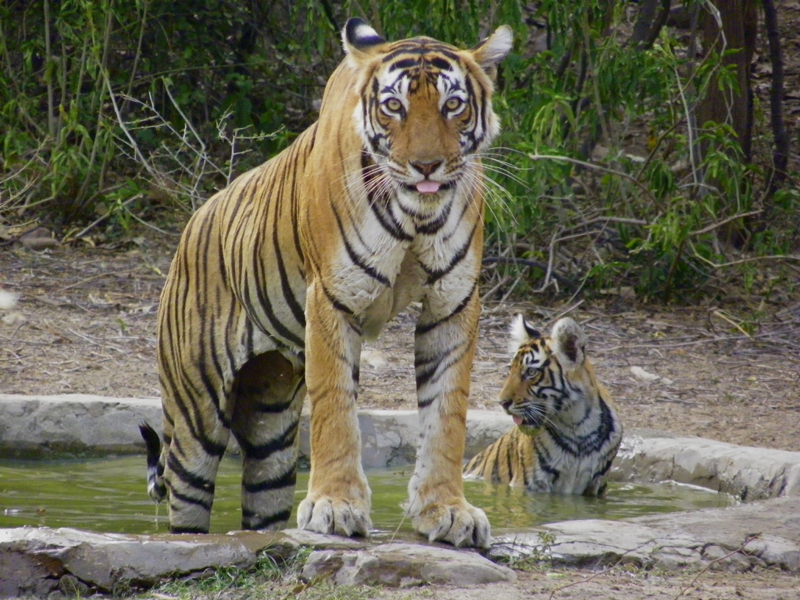 Ranthambhore: T-30 or Husnara, a 12 years old tigress was found dead on 21st January, 2016 in Ranthambhore Tiger Reserve. The dead tigress was found in Khandar area, Ganesh Nagar, Padra village which is beyond tourism area. The tigress was initially found in sick condition by the local villagers who then, informed the Forest Department, following which a team of veterinarians and forest official rushed to the spot to check on her. They found her struggling to move her legs for a while before she breathed her last.

She was a dominant tigress of Jail-Khoh and Gilai-Sagar area. She was popularly known as Mango mother. She roamed between Jail-Khoh, Khatola-Khoh, Pretdeh and Sikari area. Little is known about her early life. She had given birth to nine cubs in four litters in her life span. She littered one beautiful male cub along with T-20 (Jhumru). The male tiger was known as T-33 ( Hamir) who is a dominant tiger and established his territory at Bhind and Talada range in Ranthambhore Tiger Reserve. T-30 produced her second litter - three cubs including two males and one female, again father by T-20. The cubs are known such as T-42, T-43 and T-44. The Tigress, T-44 was shifted in Sariska Tiger Reserve while T-42( Fateh) and T-43( Surjan) both established their territories in zones 9 and 10 of Ranthambhore Tiger Reserve.

She gave birth to third litter that included two females and one male fathered by T-3( Bahadur). The third litter was spotted in camera trap in April 2012. These three cubs are known as T-69 (female), T-70 (female) and T-71 (male). T-69 moved in Kaila Devi area. T-70 has made her territory in Sawata Dang area while male cub, T-71 established his territory at Kaila –Devi range.

She gave birth to her fourth and last litter of one male and one female cub, fathered by T-3. Both the cubs haven't been given numbers yet. They have been staying with their mother.

She spent her life with two different dominant male tigers, T-20 and T-3. Both these tigers are offspring’s of T-16, the great Machhali.

She was a great mother. She produced four litters with nine cubs which is the highest number in Ranthambhore history.

We will really miss you, Mango Mother. You were really the pride of Ranthambhore Tiger Reserve. God bless you!