A tigress found in a well 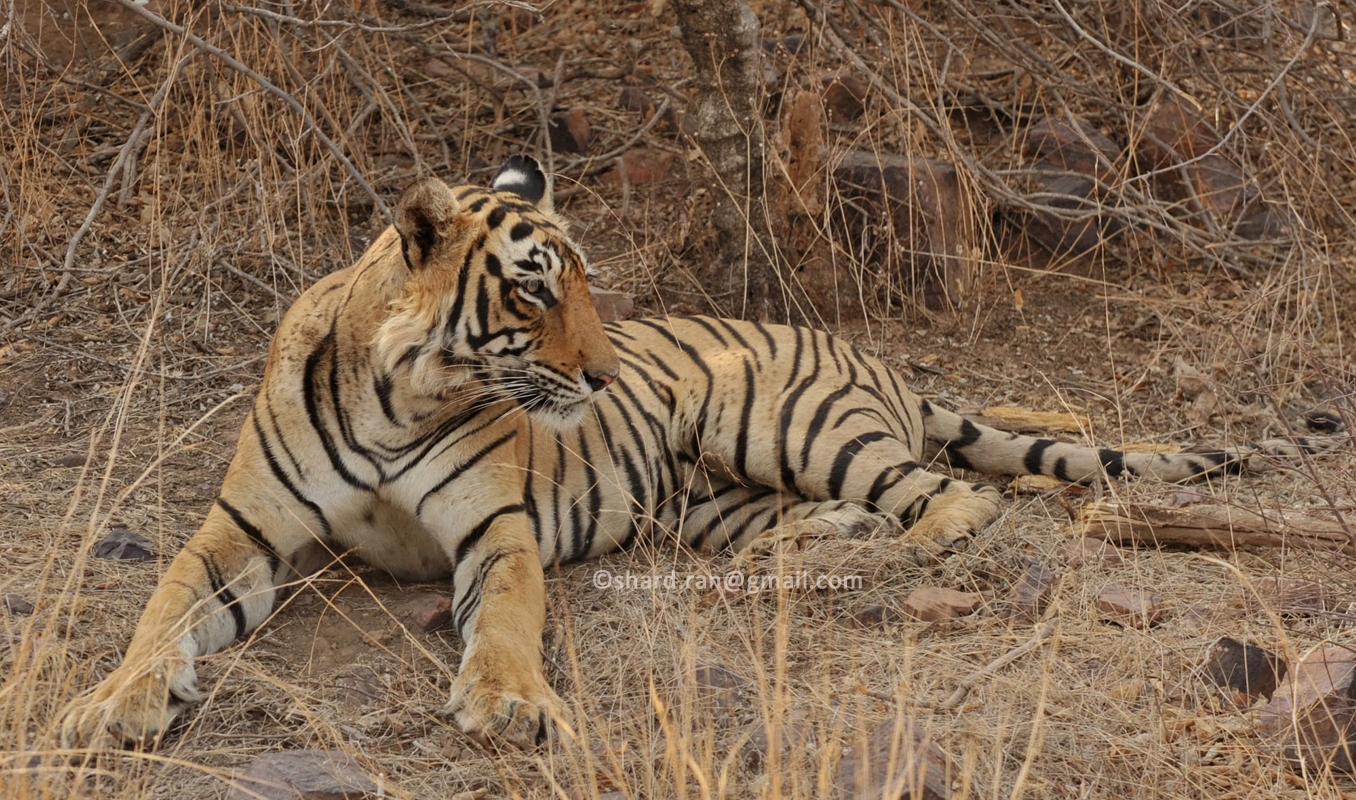 Today, T-83 or Lighting, a 3 years old tigress was found into a well in the early morning at Ranthambhore Tiger Reserve. The tigress was found in the well at Khava-village by the local villagers who then, informed the Forest Department, following which a team of veterinarians and forest official rushed to the spot immediately. The forest department did safe and sound rescue operation and left her back in the park late morning.

In the early morning, local people of Khava-Village found the tigress inside the well. The well was near about 10 feet wide and 20 feet deep with low water level. It was really very shocked incident for them. The local people whose livelihood is just depending the park took important initiates and avoided the crowd from the tigress. Eventually the rescue team reached there and tranquillised her and took her out of the well within two hours. She got injuries but it seemed that these were not serious injuries. No doubt, A great rescue operation was done by the forest department. On 8 November, 2016 she was sighted at Ganesh Dham ( Main entrance gate of the par) and stayed at Halipaid for whole day. see rescue phots