A Bengal Fox Spotted at zone no.6 ! 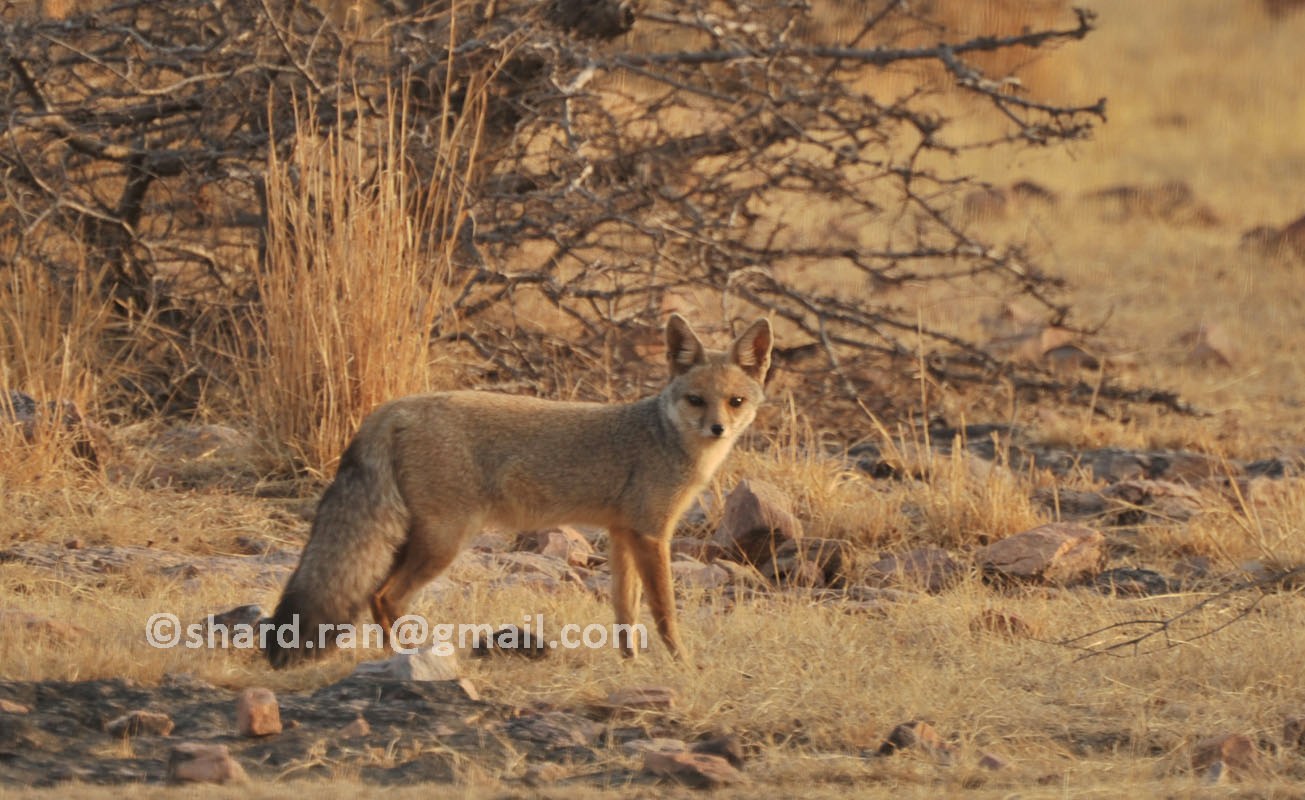 Ranthambhore | April 24, 2016. For me a Bengal fox- one of the rarest mammals in Ranthambhore Tiger Reserve – was recently spotted at zone no.6 in Kundal area.

The two Bengal foxes were spotted in the morning of Monday, March 28, 2016.It all started when I was with three guests from Hong Kong in a gypsy as a nature guide at zone no.6. About 40 minutes after entering in the park, we stopped for a while to scan the forest, while the two guests of them Mr. Michael and Mr. Chris noted some thing on the ground where the yellow short grass spreading on the flour like a yellow velvet. So, I hardly saw half a face that looks like a jungle cat but the rest of its body hides inside the grass. But vision of it was not so clear. Suddenly it moved and run away and now we were able to see great view of an Indian Fox. Then we scanned same spot again and got one more fox sitting in grass just like first one. We hardly saw it 3 minutes. Then it disappeared in a hole. We waited for it, suddenly we spotted first one again. Then she walked, stopped, moved and watched us also. It was really wonderful sighting of a Bengal fox that was continuing for 15 minutes.

I was thrilled to see the Indian fox because I have never ever seen a Bengal fox in Ranthambhore Tiger Reserve as a nature guide during safari. Even though, I have been working here since 2007.

At last an hour, we had a good sighting of Leopard while the leopard was walking on track for a while then it climbed up at a hill……. To spotting the Bengal fox in Kundal area, the full credit goes to both guests, Mr. Machael and Mr. Chris. They are really kind-hearted and great wild life lovers! They always have an eagle eye during whole game drive … Their wild life scene is so high and full of energetic. They always do very hard work for their game drive. I have learnt a lot of from them. It was really great pleasure for me to meet them.

Thank you very much to Mr. Macheal, and Mr. Chris and Mr. Dwen for taking the visit of Ranthambhore Tiger Reserve.

I was thrilled to see the Indian fox because I have never ever seen a Bengal fox in Ranthambhore Tiger Reserve as a nature guide during safari. Even though, I have been working here since 2007.