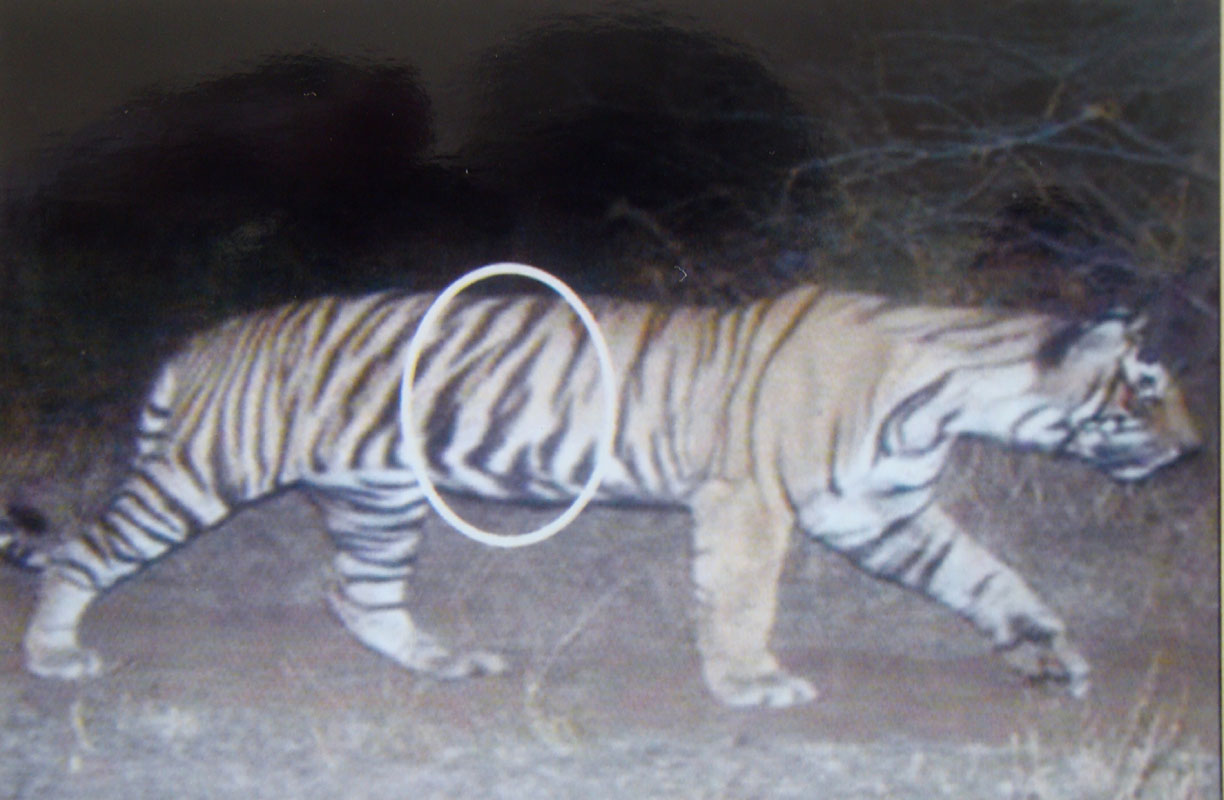 Ranthambhore : A ten-year-old tigress has been found in Sultanpur forest near Kota, Rajasthan.
The tigress named T-35 found dead near a blue bull killed in village khwada abt 50 kms form district head quarters kota in mysterious condition on Wednesday. There is suspicion of possible poisoning due to near the kill; however the post mortem will be determined how she died. Investigating team of forest department picked up sample from the sight.

She had moved to Sultanpur forest from Ranthambhore Tiger Reserve 6 years ago. She was a daughter of T-27 who was known as Gilai Sagar female. Tigress, T-27 had also given two male tigers that are known as T-28 and T-29.

She was so shy and quite timid tigress. Only one and last time she was caught in camera trap in March 2010. Hopefully She spent her entire childhood to close to her mother T-27 in the Gilai Sagar, Aam Choki and Thumaka area.

After grew up as sub adult, she had left Ranthambhre Tiger Reserve in 2010 and settle down in Sulatnpure forest.