A beautiful and adult tigress,T-41, who currently roams Berda, Bakhola, Bhawar-Deh, Anatpura and Semali in zone no. 4 and 5 of Ranthambore National Park.
Her mother, T-4 (Berada female) had given her first litter of one male & one female. A tigress, T-41, her name is,” Laila” that is one of them. Her sibling brother is tiger T-40. Little is known to him. Her mother, T-4 died in territorial fight on 4 April 2009.
After separating her mother, T-41, Laila had settled down herself in zone no. 4 and 5 which included Aadi Dagar- Lakarda, Berda-Semli, Bakola and Anatpura areas. She shared her territory with dominant tiger T-6, Romeo. They were seen quite often together in Berada and Semali valley. Therefore, it was well-known pair in Ranthambore. 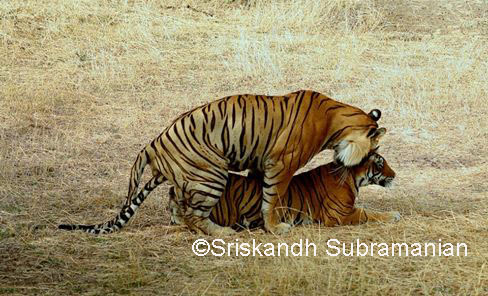 After pairing, she gave her first litter of one female in 2011 father by Romeo, T-6.

Laila aka T-41 with her doll, T-76-Photo courtesy by Sriskandh Subramanian ! 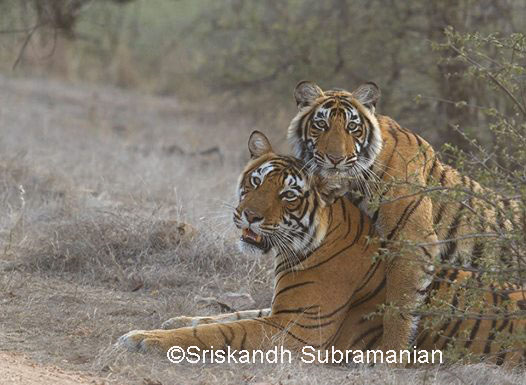 She came back to her home territory again in November, 2014 with her daughter. After growing up as adult, her daughter separated from mother, T-41 aka Laila and Identified as T-76. Her daughter, T-76 moved in to out of tourism area.
After that, Laila roams her currently territory such as Berda, Bakhola, Bhawar-Deh, Anatpura and Semali in zone no. 4 and 5. Then, she gave her second litter in 2016 father by Akash, T-64. The second litter of T-41 was sighted first time in the zone no.Five on 20 October 2016 during Ranthambore safari pm by Mohan Singh. Driver, Mohan Singh noticed only one cub at that drive. Later, on date 31 October 2016, T-41 was sighted with her 2 cubs. From 31 October 2016, to 11 November 2016, She sighted with her two cubs occasionally. After that she has been sighted with her single cub since 6 December 2016. This single male cub is known as T-104 aka Aves! 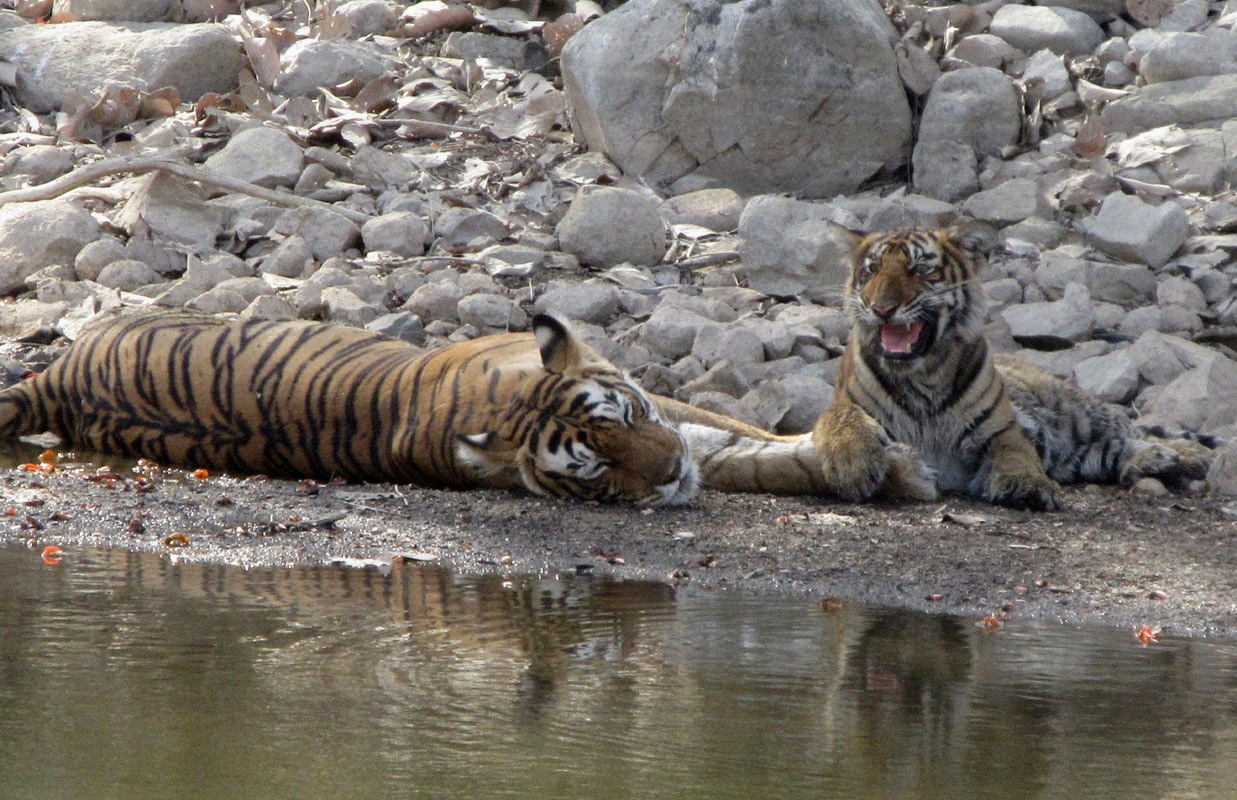