Her mother, T-13, (Old Sultanpur Mother) had given her first litter of one male & one female fathered by Guda-Male, T-12. A tigress, T-39, her name is,” Noor” that is one of them. Her sibling brother is tiger T-38 that moved into Kuno Palpur Sanctuary.

She used to share her territory with male dominant tiger that is known T-24 Ustad / Conservator who was the most commonly sighted tiger in Ranthambore and very much tourist friendly in all over the world. During the courtship with him, she gave the two litters. She had given her the first litter of one male cub as Sultan/T-72 in 2012. Her first litter was spotted on Monday 21 May 2012 by nature guide Pankaj Jain with regular guest, Milind Valawalkar . She gave her second litter of the two male cubs in 2014. The 2nd litter was spotted the first time on 28 Wednesday May 2014 by well known wild life Photographer, Aditya Singh.

At this time, everything was good and fine with Noor and her family. Whole family was quite tourists friendly. Therefore, zones no. 1, 2 and 6 became popular for tiger sightings among the visitors from all over the world. Her second litter was the main attraction for wild life photographs and guests. Unfortunately, tourist friendly tiger T-24 has been shifted in Sajjan Garh Biological Park, Udaipur, Rajasthan, India on 16 May 2015. . It was really a shocked event for the mother, Noor because her cubs were so tiny. Usually male tigers do not like cubs from others and they prefer to kill if they have chance. So, the tigress does matting with him. Therefore, it was quite worried situation for her. Mother, tigress is always serious and does care very much about her cubs and put them away from any wild animals. Due to the shifting of T-24, the territory of Noor was totally empty for a male tiger. So it was quite clear, a new male tiger would occupy Noor’s territory soon. Therefore, it was quite serious matter with the new born cubs of T-39. Later, after grew up as sub adults, they had separated from their mother (T-39). They are known as T-88 and T-89. Later a very young tiger, about five years old, T-57 has occupied some part of territory of T-24. Then Noor was seen with him as a new partner, T-57. After some days, T-39 and T-57 were sighted doing mating on date, 11 October 2015 in the evening drive. On 15 October 2015, everybody got relaxed when T-57 and T-39 (with her two new cubs) sighted together in zone no. 2. It was a great event for wild life lovers because it indicates that T-57 has accepted Noor with her two cubs. This particular action raised up so many questions at our past experiences relating to the tiger’s life. That means that we really don’t know much about the tiger’s behavior. We need to observe more carefully!

For me, it is the first experience when I see a male tiger who was sharing with other family’s cubs without any problem. It was wonderful to know a new characteristic of any male tiger, but it’s a wild life, you never know.......

The tiger, Singhst (T-57) is quite young, shy and elusive and not friendly with the tourists. So, we usually get poor sighting of T-57. But, we notched both Noor and Singhst quite few times during matting times.

Due to the result of courtship, she delivered her third litter that was spotted in camera trap on March 2016. The great news of 3rd litter was also confirmed by the forest guard, Mohan Singh who did the regular monitory of zone no. 1. Unfortunately, little is known about the third litter because we did not get any chance to see them. It is really very sad accident at Ranthambhore Tiger Reserve because we all nature guides and the wild life photographers were waiting for them. But, it’s a wild life. 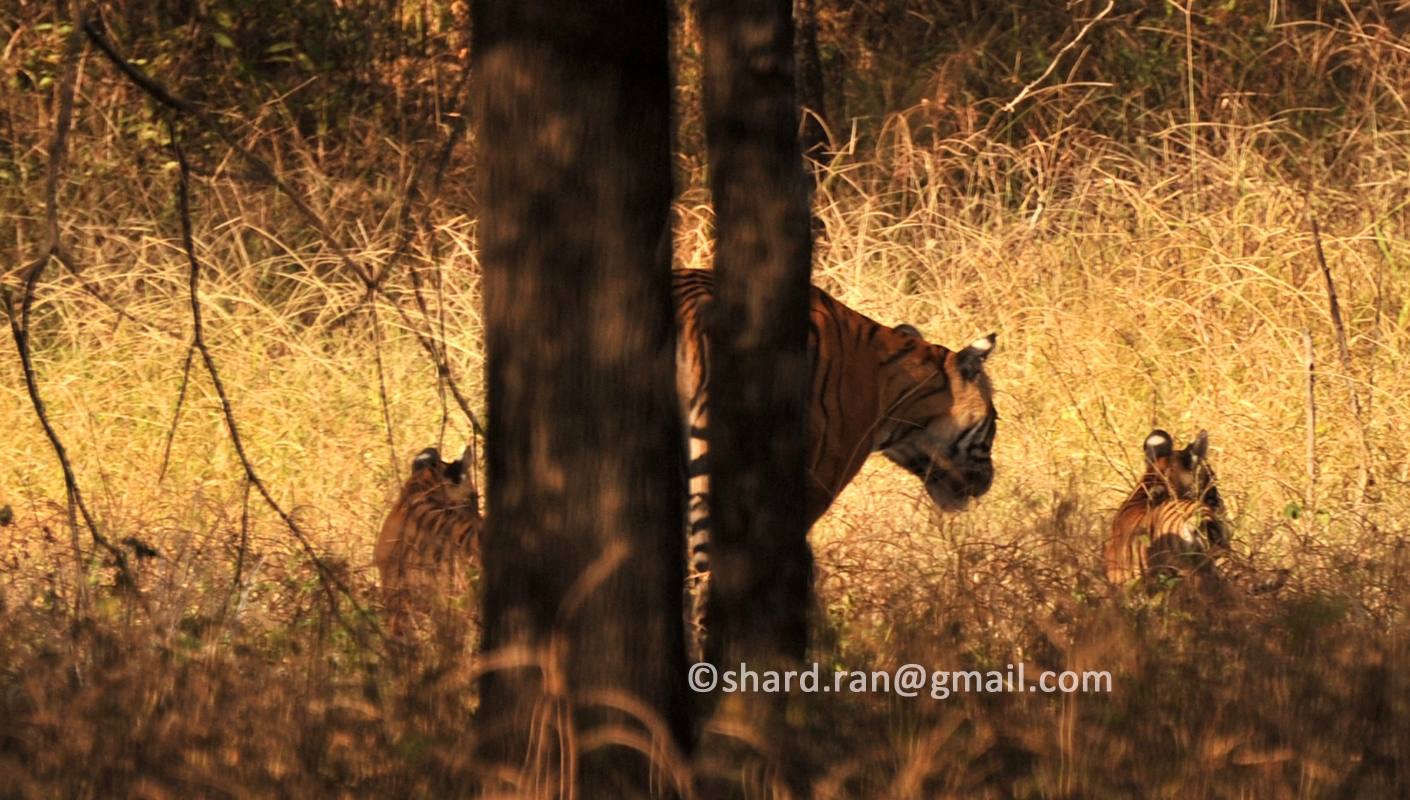 (Noor sighted with her 2 new born cubs first time at zone no.1.)

On 8 Nov. 2016, I was at zone no. 1 during morning safari. We sighted Noor with her 2 tiny cubs. These cubs were about 3 to 4 months old. It is the 4th litter of Great Mother, Noor. In the evening drive, she was sighted again with her 3 cubs by the nature guides. Now,it confirmed that Noor delivered 3 cubs in the 4th litter. Great Mother! God bless you and your tiny cubs! Read complete news 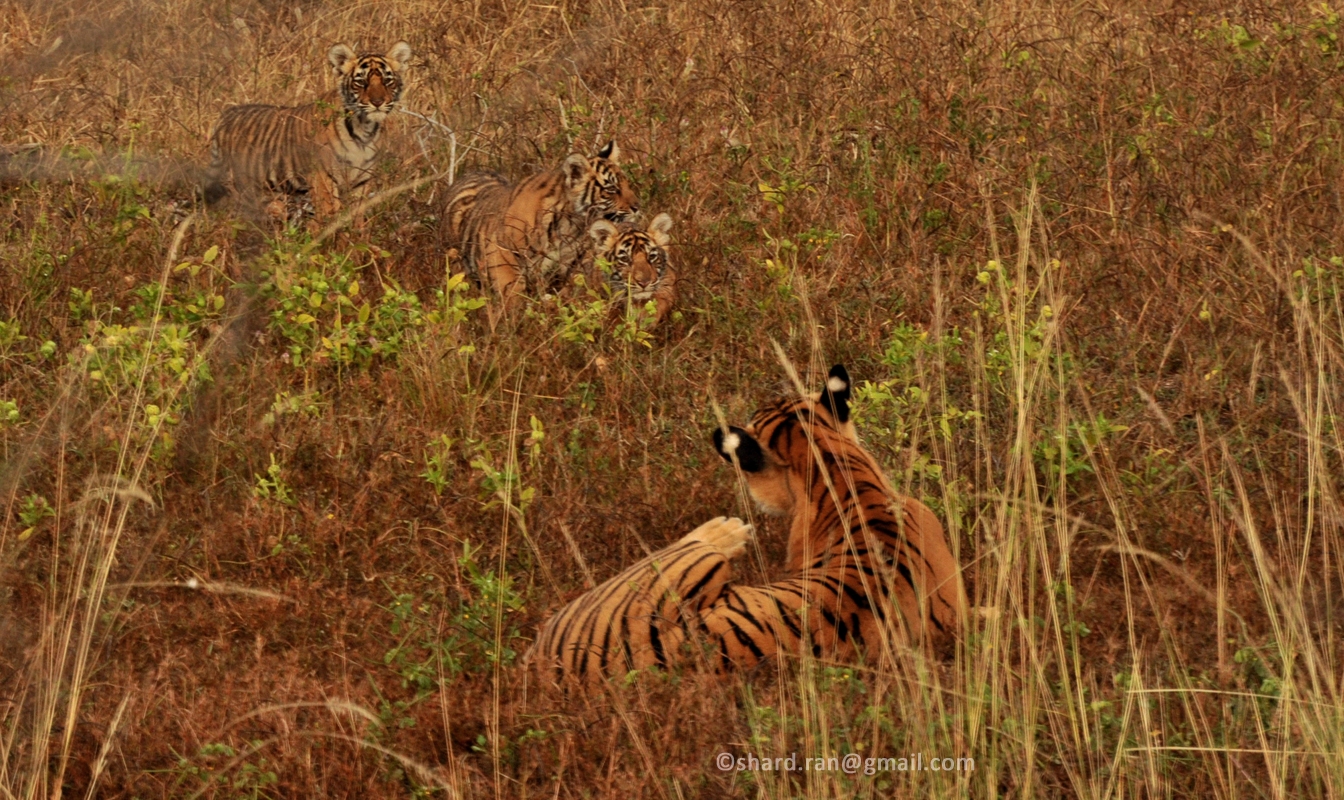 Only new born cubs of Noor watching Her Mom at zone no. 1 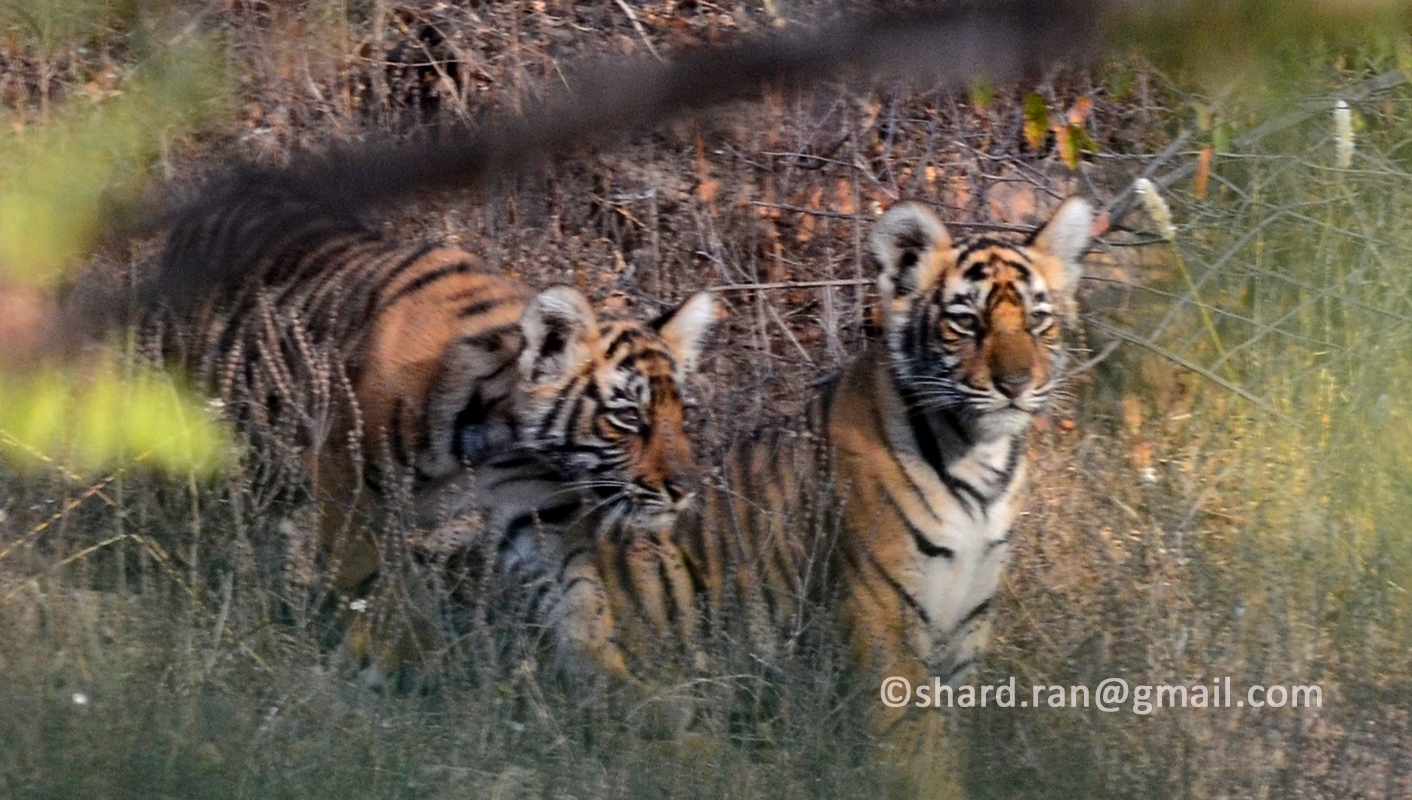